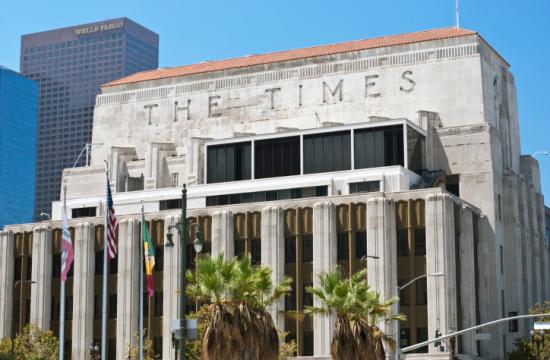 The Los Angeles Police Department Bomb Squad was called to the Los Angeles Times parking garage this weekend when a suspicious box was found, but it was determined to contain only letters, police said today.

The box was noticed at about 9:35 p.m. Saturday in the Los Angeles Times parking garage at Second and Spring streets in Downtown L.A., said Sgt. Ed Kinney of the LAPD’s Central Station.

The first arriving officers contacted the bomb squad, which looked inside the box to make sure its contents were not explosive, Kinney said.

Only the parking garage was evacuated and no one was allowed inside to retrieve cars until all was cleared about midnight Saturday, he said.