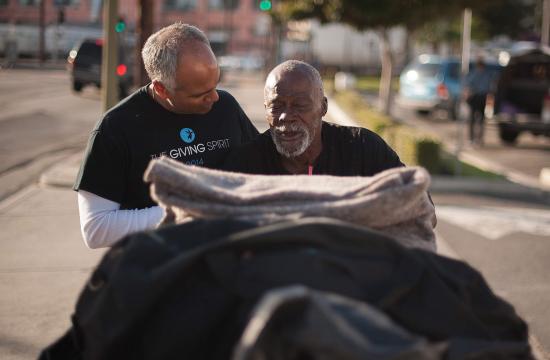 More than 1,000 volunteers from The Giving Spirit assembled and distributed almost 2,600 survival kits from Dec. 11 to 14.

Volunteers visited homeless men, women and children living in shelters and on the streets of the greater Los Angeles area including Santa Monica, Venice downtown Los Angeles, the Valley and for the first time this year, San Pedro.

These kits contained more than 60 items to help the homeless survive the winter months.

Since its inception in 1999, The Giving Spirit has raised $1.8 million in cash and in-kind donations of goods and food.

With this they have positively impacted the vulnerable and fragile lives of over 30,000 homeless in their May and December distributions.

During the December event, TGS celebrated its 15th year anniversary with many of its volunteers who have made TGS one of the largest all-volunteer organizations in the country. In fact, the organization registered its 10,000th volunteer for this event.