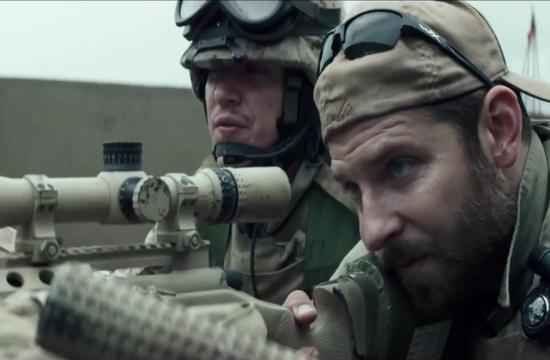 “American Sniper” continued to burn at the nation’s box offices, and added $64.4 million to its kitty this weekend.

The film, in its second weekend of wide release, now has taken in $200.1 million in the U.S. and Canada. It opened five weeks ago in just a few theaters, to qualify for this year’s Academy Awards and to build word-of-mouth buzz.

It has now surpassed “Gran Torino” as director Clint Eastwood’s highest-grossing movie. Showing in 3,755 theaters, it is benefiting from the widest-ever rollout for an R-rated film, according to Rentrak analyst Paul Dergarabedian.

Another R-rated movie, a Jennifer Lopez suspense thriller called “The Boy Next Door,” debuted in second place with an estimated $15 million in domestic sales.

“Paddington” sewed up third place with $12.4 million sales this weekend. Dergarabedian said the film is benefiting from good reviews and its “adorable” child-friendly nature.

And yet another R-rated film, a comedy called “The Wedding Ringer,” was in fourth place with $11.6 million in estimated sales this weekend, and $40 million over two weeks of showings.