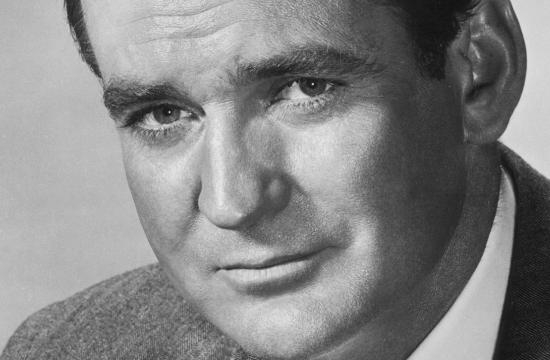 Rod Taylor, the Australian actor best known for his roles as H.G. Wells in “The Time Machine” and opposite Tippi Hedren in Alfred Hitchcock’s “The Birds,” died Thursday at his Los Angeles home at age 84.

Taylor’s daughter, Felicia, confirmed her father’s death in a statement to People magazine, saying, “Being an actor was his passion — calling it an honorable art and something he couldn’t live without.”

“He once said, ‘I am a poor student sitting at the feet of giants, yearning for their wisdom and begging for lessons that might one day make me a complete artist, so that if all goes well, I may one day sit beside them,”‘ Taylor’s daughter, a former CNN correspondent, said.

She said she was at her father’s side when he died, along with his wife of 35 years, Carol.

Taylor made a variety of film and television appearances in the 1950s, but his big break in Hollywood came with his starring role in director George Pal’s “The Time Machine” in 1960.

He went on to make dozens more film appearances, and even lent his voice to Disney’s animated “101 Dalmations.” He appeared with Elizabeth Taylor and Richard Burton in “The V.I.P.s,” which was released the same year as “The Birds,” in which Taylor portrayed Hedren’s love interest and protector Mitch Brenner.

“‘The Birds’ was the first movie I did, and to have a leading man as handsome, gorgeous, fun, smart, mischievous, gallant — I mean, he was … one of the most fun people I have in my life,” Hedren told City News Service.

She said she loved the entire cast of the film, but “it’s pretty wonderful to have a leading man as sparkling as Rod Taylor.”

Hedren said she and Taylor remained close friends over the years, and she meant to speak with him over the holidays.

“When you have a friend like that, it’s a great honor and it’s a gift. He was a gift to me, definitely,” Hedren said.

Taylor also played opposite Jane Fonda in “Sunday in New York” and John Wayne in “The Train Robbers.”

His other film credits include “Nobody Runs Forever,” “Hotel,” “Young Cassidy,” “The Liquidator” and “The Glass Bottom Boat” and “A Time to Die.” He most recently appeared as Winston Churchill in director Quentin Tarantino’s 2009 film “Inglourious Basterds.”