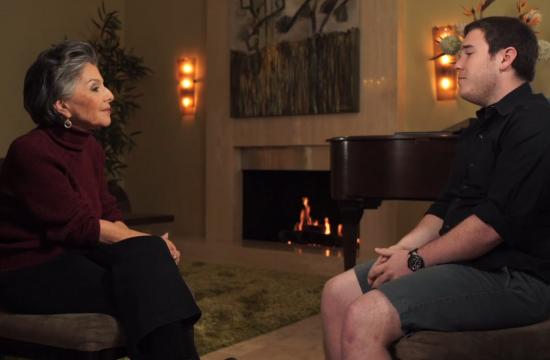 After more than two decades as one of the U.S. Senate’s most liberal stalwarts, Sen. Barbara Boxer, D-Calif., announced today she will not seek reelection in 2016, setting the stage for a fierce battle to replace the Southern California resident in Washington.

“I am never going to retire,” Boxer said in an online video conversation with her grandson. “The work is too important, but I will not be running for the Senate in 2016. I will continue working on the issues that I love. I’ll have more time to help other people through my PAC for Change community. I have to make sure the Senate seat stays progressive — that is so critical. And I want to help our Democratic candidate for president make history. But you know what, I want to come home. I want to come home to this state that I love so much, California.”

Boxer, who lives in Rancho Mirage in Riverside County, was elected to the Senate in 1992.

She said her decision not to seek reelection was not based on her age — 74 — or the bitter fighting that has characterized Congress in recent years and will likely continue with a Republican-dominated Senate.

“When you stand up there and you fight to make sure there’s a strong middle class and you protect a woman’s right to choose and you fight for jobs and a clean environment, all those things, human rights, civil rights — that’s a fight worth making, so that is not a factor in my decision,” she said.

Los Angeles Mayor Eric Garcetti said he would not be among those seeking Boxer’s seat.

“I love my job and I love my city and I am committed to the work here,” Garcetti said.

He also hailed Boxer as “a powerful champion for our city, state and nation in the United States Senate.”

Harris issued a statement praising Boxer’s work, but she did not hint at any interest in seeking the post.

“Senator Boxer is a true progressive champion and a tireless advocate for California’s priorities,” Harris said. “I know she will never stop fighting for what matters, and I wish her all the best.”

Sen. Jon Tester, D-Montana, chairman of the Democratic Senatorial Campaign Committee, thanked Boxer for making an early announcement about her plans, “giving us more than enough time to get behind a strong Democratic candidate who will hold this seat.”

“We’re confident that in November 2016 we will elect a new Democratic senator who will carry on Barbara Boxer’s proud tradition of fighting for California,” Tester said.

Andrea Bozek, communications director for the National Republican Senatorial Committee, said Boxer’s announcement could be the first of several similar decisions by Democrats.

“Senate Democrats are already $20 million in debt and Senator Boxer’s retirement can’t be welcome news for the DSCC who has to defend a costly and hotly contested open seat,” Bozek said.

“Barbara took on a lot of challenges in Congress, but I think I’m most grateful for her hard work in support of women and families, the environment, human rights and her tireless efforts to modernize our country’s infrastructure,” Feinstein said. “She has made a real difference for California and the country.”