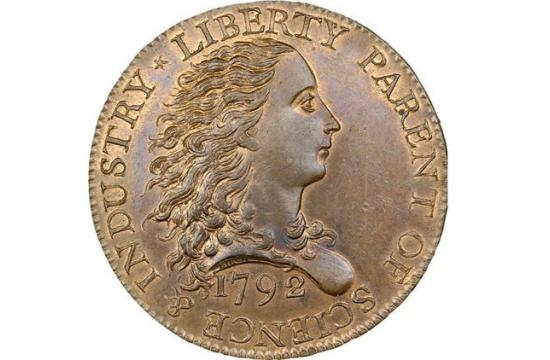 Kevin Lipton bought the Birch Cent, which was named for its engraver, Robert Birch, and the quarter at an auction in Orlando on Thursday, the Los Angeles Times reported, noting that all told, he paid about $4.8 million for 26 cents.

Lipton told The Times that the purchases made sense.

“It’s like our very first penny,” Lipton, 55, told The Los Times on Sunday. “It’s such a spectacular coin. It’s so important, so rare.”

The coin is among 10 similar coins known to exist that were experimentally produced after the founding of the U.S. Mint, Jim Halperin, co- chairman of Heritage Auctions, told The Times. Lipton, who owns a coin wholesaling business in Beverly Hills, had been eyeing the Birch Cent since he saw it at a New York auction house in 1981.

Lipton has collected coins since he was 12 years old and launched his full-time coin business launched when he was 17, according to The Times. He said he was nervous about plunking down so much money on Thursday, but he’s confident his million-dollar coins will mature.

“They are a great store value, and will only be worth more in the future,” Lipton told the newspaper. “They are literally Mona Lisas of our coinage.”