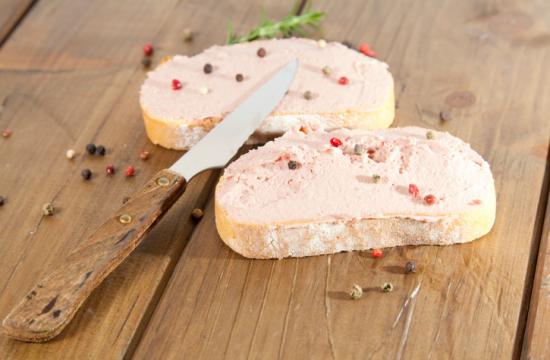 Chefs at French restaurants in the Southland and around the state today celebrated a federal court ruling that overturned California’s ban on the delicacy known as foie gras, but animal rights activists were livid.

The law banning the sale of foie gras — French for “fat liver” — and its byproducts went into effect in July 2012. A restaurant caught serving the gourmet item in California faced fines up to $1,000. The law bans force-feeding ducks or geese to make foie gras within California and bars sales of foie gras produced elsewhere if it’s made by force-feeding a bird to enlarge its liver beyond normal size.

In his ruling in Los Angeles Wednesday, U.S. District Judge Stephen V. Wilson wrote that the law was unconstitutional because it interferes with the U.S. Poultry Products Inspections Act, a federal law that regulates poultry products and trumps state regulations.

A representative of state Attorney General Kamala Harris said her office is reviewing Wilson’s ruling. The state can seek a stay of the decision to keep the law intact while Harris appeals the ruling to the U.S. 9th U.S. Circuit Court of Appeals.

Sean Chaney, chef-owner of Hot’s Kitchen in Hermosa Beach, said after the ruling that foie gras “will be back on the menu” today.

“It’s awesome,” Chaney said. “What a way to start the new year.”

Within hours of the ruling, chef Josiah Citrin at Melisse in Santa Monica sent an email to clients advising them that foie gras would be back on his menu as well.

“I am very excited to have some culinary freedom back and be able to use one of my favorite products again,” he told the Los Angeles Times.

Los Angeles chef Ludo Lefebvre of Trois Mec and Petit Trois is also planning on adding it to his menu, though perhaps not as quickly, according to The Times.

“First and foremost I am very happy for my guests. I know the people of California have missed their foie,” he told The Times. “Speaking as a French chef, it is an important ingredient and part of the legacy of French cooking, so I am thrilled to be able to add it to the menus of Petit Trois and Trois Mec.”

“Foie gras is French for ‘fatty liver’, and ‘fathead’ is the American word for the shameless chefs who actually need a law to make them stop serving the swollen, near-bursting organ of a cruelly force-fed bird,” said People for Ethical Treatment of Animals President Ingrid E. Newkirk in a statement.

“A line will be drawn in the sand outside any restaurant that goes back to serving this ‘torture in a tin,'” it added. “And whoever crosses that line identifies themselves with gluttony that cannot control itself even to the point of torturing animals.”

The Animal Legal Defense Fund and the Humane Society released a joint statement Wednesday vowing an appeal of the federal ruling.

“The state clearly has the right to ban the sale of the products of animal cruelty, and we expect the 9th Circuit will uphold this law, as it did in the previous round of litigation,” their statement said. “We are asking the California Attorney General to file an immediate appeal.”