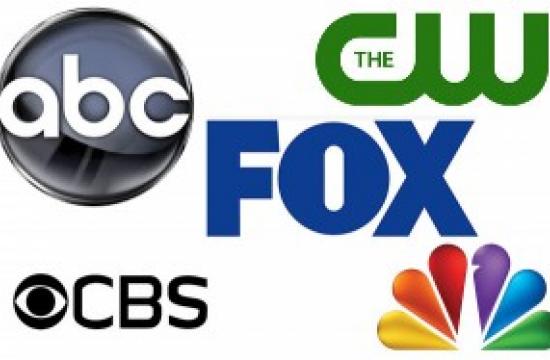 CBS had 20 of last week’s 24 most-watched prime-time programs to finish first in the television ratings race for the 14th time in the 18-week-old season.

CBS averaged 8.52 million viewers for its prime-time programming between Jan. 19 and Sunday, according to live-plus-same day figures released by Nielsen today.

In a week when Tuesday schedules were altered because of President Barack Obama’s State of the Union address and there was no meaningful NFL game, the CBS first-year drama “Scorpion” became the first non-sports program to top the prime-time weekly television ratings since the Emmys in late August, averaging 12.08 million viewers.

In the previous 20 weeks, NFL games have been the week’s most-watched program 18 times, while Game 7 of baseball’s World Series and the second College Football Playoff Semifinal were first the other weeks.

“Empire” had the rare feat of gaining in viewership for each of the two weeks following its premiere. “Empire” averaged 9.9 million viewers for its premiere Jan. 7 and 10.32 million for its second episode Jan. 14.

The only other non-CBS program among the week’s top 24 was ESPN’s coverage of the NFL Pro Bowl, which averaged 8.77 million viewers, 17th for the week.

The week’s only premiere, the Fox offbeat comedic crime program “Backstrom” was second in its Thursday 9-10 p.m. time slot and 25th for the week, averaging 7.98 million viewers.

NBC’s most-watched program was Sunday’s Miss Universe Pageant, which was 26th for the week, averaging 7.68 million viewers, its most since 2006. Viewership was up 105 percent from the 3.75 million when it last aired, Nov. 9, 2013, on a typically low-watched Saturday night and facing competition including CBS’ coverage of an Alabama-LSU college football game.

ABC’s most-watched program was “The Bachelor,” 27th for the week, averaging 7.61 million viewers.

Fox finished first for the week among viewers ages 18-49, with “Empire” and the Wednesday and Thursday “American Idol” episodes the most- watched broadcast programs among the group. Figures for cable programming among the group were not available.

ESPN was the most-watched cable network for the 18th time in 20 weeks, averaging 2.25 million viewers.

The “NBC Nightly News with Brian Williams” was the most-watched network nightly newscast for the 280th consecutive week and 327th of the past 328, averaging 9.44 million viewers.

ABC’s “World News Tonight with David Muir” was second, averaging 9.13 million for its Tuesday through Friday broadcasts. Unlike its competitors, ABC did not include the Monday broadcast in the weekly average because of the Martin Luther King Jr. Day holiday.