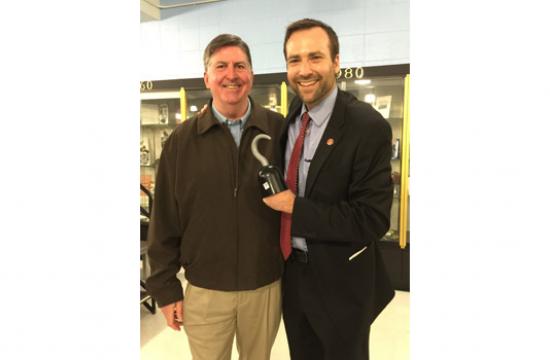 While at Samohi, Allen starred in the theater program’s production of “Peter Pan” as the villainous Captain Hook.

Explaining that Santa Monica does not have a Key to the City, McKeown instead gave Allen the Hook to the City, which Allen playfully brandished for the rest of the evening.