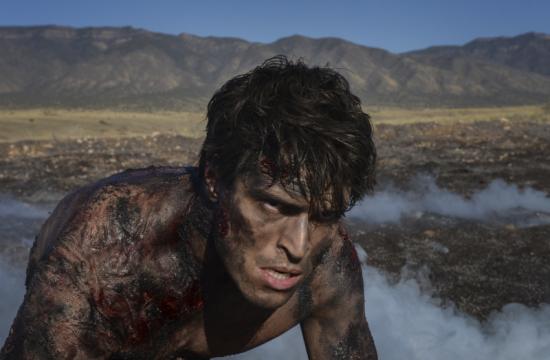 The CW Network today announced that it has renewed all eight scripted series on its fall schedule and unveiled a midseason lineup including two new dramas, “The Messengers” and “iZombie,” and the competition series, “Cedric’s Barber Battle.”

“Each of these series have helped define what The CW is today, a network that is home to smart, provocative, quality programming, targeting a savvy adult audience,” network President Mark Pedowitz said during its presentations at the Television Critics Association Winter Press Tour in Pasadena.

“By picking up these shows now, our executive producers can start planning next season’s storylines and rolling these shows throughout next season guarantees The CW will have more proven original series for our fall, midseason and summer 2016 lineups.”

“iZombie” stars Rose McIver as a medical resident who is turned into a zombie, then takes a job in the Seattle coroner’s office, where she eats the brains of corpses, retaining a portion of that person’s memories and begins to experience visions from the point of view of the murder victims.

“iZombie” is based on an DC Comics comic book and is executive produced by Rob Thomas, creator of the 2004-2007 UPN/The CW mystery “Veronica Mars.”‘ It will premiere March 17 and air Tuesdays from 9-10 p.m., replacing “Supernatural,” which will move to 9 p.m. Wednesdays beginning March 18, the week after “The 100” concludes its second season.

“The Messengers” is described by The CW as an apocalyptic drama about five strangers who awaken with extraordinary gifts after a shock wave caused by a mysterious object plummeting to Earth. It will air Fridays from 9-10 p.m. beginning April 10.

The comedian Cedric the Entertainer will host “Cedric’s Barber Battle,” where he will visit barbershops in a variety of cities, including Los Angeles, where barbers will compete to create the best hair sculptures, featuring elaborate designs ranging from images of a person’s face to grand cityscapes. It will air Fridays from 8-8:30 p.m., beginning April 10.

The improv series “Whose Line is it Anyway?” will have its season premiere at 8:30 p.m. on April 10.