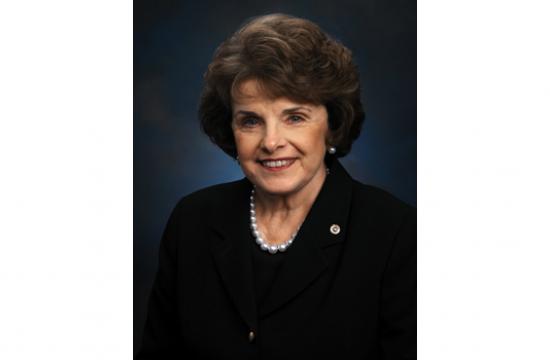 Democratic lawmakers representing California praised what President Obama said about the economy in his State of the Union Address on Tuesday, though some disagree with a variety of foreign policy issues.

With regard to sanctions against Iran, she said, “I strongly support the president’s call to Congress to refrain from imposing additional sanctions on Iran. New sanctions now would violate the interim agreement, collapse the negotiations and take us out of lockstep with the international community.”

Representative Brad Sherman said he “strongly disagree(d) with the President’s position on trade.” He said, “Congress should not give the President ‘Fast Track’ authority to force into place job killing legislation, such as the Trans-Pacific-Partnership.”

“Under the Trans-Pacific Partnership, goods made in Vietnam. where workers are paid 40 cents per hour, will enter America duty-free. That’s not the way to raise wages in America.”

Sherman also said he disagreed with the president on Iran sanctions. Sherman supports enacting sanctions that would not take effect unless Iran “fails to agree to a reasonable deal by July.”

Representative Adam Schiff, the ranking Member of the House Permanent Select Committee on Intelligence, said the president’s appeal to Congress “to authorize the use of force against ISIS” is “vital,” but he said, “this is a debate and vote that should have taken place five months ago when we first began strikes against ISIS in Syria and began deploying troops to Iraq.”

He said, “The Administration must resist the impulse to seek an authorization that is overly broad, without geographic limitation, a prohibition on the use of American troops in a combat mission, or a meaningful sunset date not subject to unilateral administrative extension.”

Senator Barbara Boxer said, “Tonight we saw a confident President Obama lay out a bold and optimistic vision for our country’s future. And he has good reason to be confident – the unemployment rate has fallen to 5.6 percent, we have had the longest streak of recorded private sector job gains in American history and the deficit has been cut by nearly two-thirds.”

She said, “I agree with the President that we should set our sights higher than helping Canadian special interests build the Keystone tar sands pipeline and instead pass a long-term transportation bill that will support millions of jobs.”

She called on Republicans to pass a Homeland Security appropriations bill.

Representative Xavier Becerra, Chairman of the House Democratic Caucus, said in a statement, “Thanks to policies advanced by President Obama, our economy has returned from the brink and is the strongest in the world.”

Representative Lucille Roybal-Allard said in a statement, “The policies President Obama outlined in his State of the Union address are a victory for all Americans, and especially for middle-income families.”

California Democratic Party Vice Chair and Los Angeles County Democratic Party Chair Eric C. Bauman said in a statement, “The ideas that President Obama outlined tonight will move our nation forward as we rebuild America’s crumbling infrastructure to boost the economy and provide tens of thousands of high-paying jobs; as we invest in space exploration, scientific advancements and new technology to again place ourselves at the forefront of innovation in a modern, global economy; and as we respect human dignity while protecting Americans and our allies.”

Representative Juan Vargas said in a statement, “President Obama delivered a strong case for the economic recovery during his presidency.

Republican Representative Mimi Walters said in a statement, “In our current economic state, now, more than ever, the American people need solutions that will move this country forward. Unfortunately, in the President’s State of the Union Address tonight, we simply heard more of the same tired rhetoric and failed policies that involve more government and more federal spending.”

Democratic Representative Mark Takano said in a statement, “During his speech, the President laid out a bold plan, one that focuses on the ideals of our great nation – including fairness for working and middle class families and our immigrant communities.”