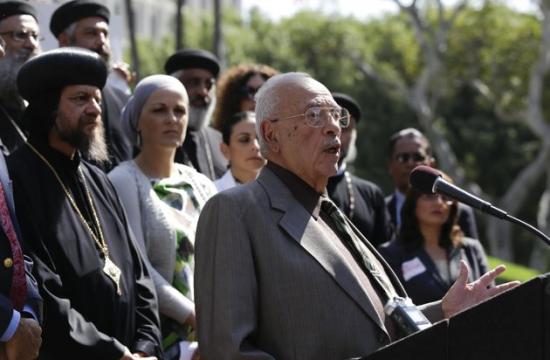 Dr. Maher Hathout, who helped found the Muslim Public Affairs Council, and was viewed by many local Muslims as a leader of the American Muslim community, died Friday, according to the MPAC.

Hathout was born in 1936 in Egypt, and emigrated to the United States, where “he stressed for four decades that being a faithful Muslim was entirely compatible with being a proud American,” according to a statement from the MPAC.

“Dr. Hathout believed that American Muslims would contribute to America by practicing the Islamic virtues of mercy, equity and justice,” the council said.

Hathout was a volunteer at the Islamic Center of Southern California and helped found its youth movement. He helped co-found the MPAC in 1988.

In 1991, he joined with a rabbi and a priest to create the Religious Coalition Against The War in the Middle East.

In 2013, he authored the MPAC’s “Declaration Against Extremism” and at the 2014 convention made a speech entitled “Extremism: Wrong Policy and Corrupt Ideology.”

Hathout was the first Muslim to give the invocation prayer at a national political convention, when he blessed the Democratic convention in 2000 in Los Angeles.

He was the recipient of many awards, including the George Regas Courageous Peacemaker Award, the Lifetime Service Award form the Islamic Shura Council of Southern California, the South Coast Interfaith Council Award for his lifelong commitment to interfaith work, and Los Angeles County’s John Allen Buggs Award for excellence in human relations.

Mathour was also a full-time cardiologist, and is survived by his wife, Dr. Ragaa Hathout, his children Gasser and Samer and four grandchildren.