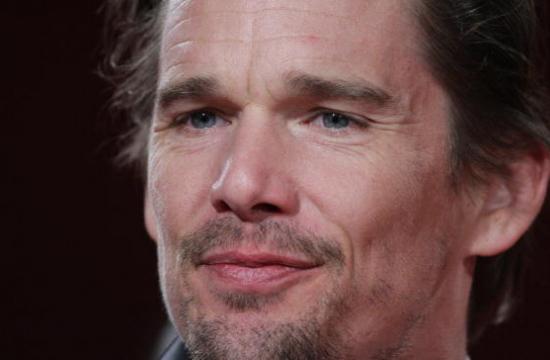 Three-time Oscar nominee Ethan Hawke will sink his hands and feet into cement in the forecourt of the TCL Chinese Theatre today, one day before the release of his latest film, the sci-fi thriller “Predestination.”

Brothers Peter and Michael Spierig, who directed “Predestination,” and co-star Sarah Snook will join Hawke in speaking in the ceremony, along with producer Jason Blum and Richard Linklater, who directed Hawke in several films, including the current critically acclaimed release “Boyhood.”

Hawke shared best adapted screenplay Oscar nominations with Linklater for the 2004 romantic drama “Before Sunset,” and its 2013 sequel, “Before Midnight.”

Born Nov. 6, 1970, in Austin, Texas, Hawke made his debut in the 1985 sci-fi film “Explorers.” His other early films included “Dead Poets Society,” “Reality Bites” and “Before Sunrise.” His other films include “Gattaca,” “Hamlet,” “Assault on Precinct 13,” “Before the Devil Knows You’re Dead” and “Sinister.”