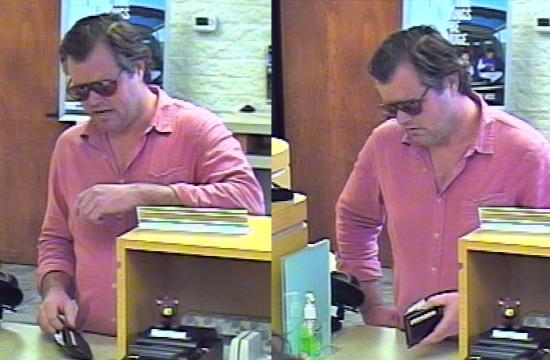 The FBI and police from several Southland beach cities asked for the public’s help today in locating a bank robber known as the “Rolled Sleeves Bandit.”

The suspect has been linked to seven bank robberies since November in Santa Monica, Hermosa Beach, Huntington Beach, and Manhattan Beach, according to Laura Eimiller of the FBI.

The bandit was given his nickname after witnesses noticed that his shirt sleeves were rolled up in the initial robberies.

During the robberies, the suspect pretends to be a signatory on what he says is his girlfriend’s account and then proceeds to ask the teller to verify the information. Once the teller is distracted, he presents a demand note asking for cash, and then he repeats his demands verbally and also says he has a gun.

Anyone who recognizes the suspect was asked to call the FBI or 911.