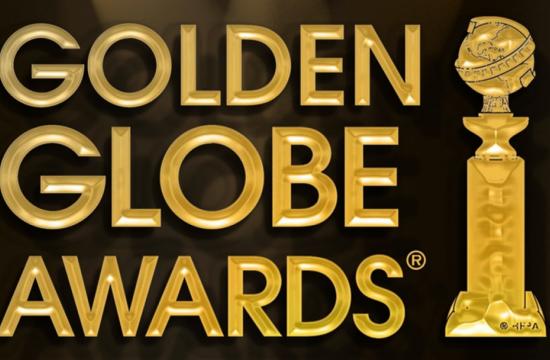 Awards season will kick into high gear Sunday with the presentation of the 72nd annual Golden Globe Awards, with “Birdman” carrying a leading seven nominations into the Beverly Hilton ceremony.

“Birdman” will compete for best comedy/musical film with “The Grand Budapest Hotel,” “Into the Woods,” “Pride” and “St. Vincent.”

Nominated for best motion picture drama are “Boyhood,” “Foxcatcher,” “The Imitation Game,” “Selma” and “The Theory of Everything.”

Michael Keaton is nominated for best actor in a comedy/musical for his lead role in “Birdman,” along with Ralph Fiennes for “The Grand Budapest Hotel,” Bill Murray for “St. Vincent,” Joaquin Phoenix for “Inherent Vice” and Christoph Waltz for “Big Eyes.”

Competing for best actress in a comedy/musical are Amy Adams for “Big Eyes,” Emily Blunt for “Into the Woods,” Helen Mirren for “The Hundred Foot Journey,” Julianne Moore for  “Maps to the Stars” and Quvenzhane Wallis for “Annie.”

Moore is also nominated for best actress in a drama for her role as a linguistics professor diagnosed with Alzheimer’s disease in “Still Alice.” Reese Witherspoon is nominated for her role as a woman sorting out her life during a 1,100-mile hike in “Wild,” along with Jennifer Aniston for “Cake,” Felicity Jones for  “The Theory of Everything” and Rosamund Pike for “Gone Girl.”

For best actor in a drama, nominees are Steve Carell for “Foxcatcher,” Benedict Cumberbatch for “The Imitation Game,” Jake Gyllenhaal for “Nightcrawler,” David Oyelowo for “Selma” and Eddie Redmayne for “The Theory of Everything.”

Mark Ruffalo — who is also nominated on the television side of the awards for HBO’s “The Normal Heart” — will challenge Norton for supporting actor honors for his work in “Foxcatcher.” Also up for supporting actor are J.K. Simmons of “Whiplash,” Ethan Hawke for “Boyhood” and Robert Duvall for “The Judge.”

Meryl Streep, a favorite of the Hollywood Foreign Press Association and a perennial nominee, is nominated for her supporting role in “Into the Woods.” She will compete for supporting actress honors with Stone, Patricia Arquette of “Boyhood,” Keira Knightley of “The Imitation Game” and Jessica Chastain of “A Most Violent Year.”

For best director, Inarritu will compete with Richard Linklater for “Boyhood,” Ava DuVernay for “Selma,” Wes Anderson for “The Grand Budapest Hotel” and David Fincher for “Gone Girl.”

Since the Hollywood Foreign Press Association adopted the split drama/comedy-musical format for the Golden Globes in 1963, 67 percent of the films that ended up with best picture Academy Awards had first received a Golden Globe.

The Golden Globe drama winner has gone on to win best picture 27 of 51 times — 53 percent — including last year’s winner, “12 Years A Slave.” The musical or comedy winner has won seven times at the Oscars, including each of the first three years.

On the television side of the awards, traditional favorites “Downton Abbey,” “Game of Thrones,” “The Good Wife” and “House of Cards” are nominated for best drama, along with newcomer “The Affair.”

Julianna Margulies is nominated for best actress in a drama for “The Good Wife,” along with Viola Davis for “How to Get Away with Murder,” Claire Danes for “Homeland,” Ruth Wilson for “The Affair” and last year’s winner, Robin Wright for “House of Cards.”

Kevin Spacey of “House of Cards” is up for best actor in a drama, as are Clive Owen for “The Knick,” Liev Schreiber for “Ray Donovan,” James Spader for “The Blacklist” and Dominic West for “The Affair.”

Perennial nominees Edie Falco and Julia Louis-Dreyfus are again among the hopefuls for comedy series actress for their work in “Nurse Jackie” and “Veep,” respectively. Lena Dunham is nominated for “Girls,” along with Gina Rodriguez of “Jane the Virgin” and Taylor Schilling for “Orange is the New Black.” Last year’s winner, “Parks & Recreation’s” Amy Poehler, who will co- host the Globes ceremony with Tina Fey, failed to earn a nomination.

Louis C.K. of “Louie” leads the list of comedy actor nominees. Don Cheadle will also compete for the honor for his work in “House of Lies.” William H. Macy of “Shameless,” Jeffrey Tambor of “Transparent” and Ricky Gervais of “Derek” round out the category.

HBO’s acclaimed “True Detective” is nominated for best miniseries or television movie with “Fargo,” “The Missing,” “The Normal Heart” and “Olive Kitteridge.”

Matthew McConaughey and Woody Harrelson are both nominated for best actor in a miniseries or TV movie for “True Detective,” along with Ruffalo for “The Normal Heart” and Billy Bob Thornton and Martin Freeman for “Fargo.”

“Fargo’s” Allison Tolman is nominated for best actress in a miniseries or TV movie, along with Jessica Lange of “American Horror Story: Freak Show,” Frances McDormand of “Olive Kitteridge,” Maggie Gyllenhaal of “The Honourable Woman” and Frances O’Connor of  “The Missing.”

For supporting actress in a TV series, miniseries or movie, nominees are Allison Janney for “Mom,” Kathy Bates for “American Horror Story: Freak Show,” Uzo Aduba for “Orange is the New Black,” Joanne Froggatt for “Downton Abbey” and Michelle Monaghan for “True Detective.”

During the ceremony, George Clooney will be presented with the HFPA’s Cecil B. DeMille Award honoring his “incredible impact on the world of entertainment.”

Here is a complete list of nominations for the 72nd annual Golden Globe Awards, which will be presented Sunday at the Beverly Hilton.Best Motion Picture, Drama

— “The Theory of Everything”

Best Actor in a Motion Picture, Musical or Comedy

Best Actress in a Motion Picture, Musical or Comedy

— Emily Blunt, “Into The Woods”

— Julianne Moore, “Maps To The Stars”

— Meryl Streep, “Into The Woods”

— Jessica Chastain, “A Most Violent Year”

— “Orange is the New Black” (Netflix)

— Viola Davis, “How to Get Away With Murder” (ABC)

Best Actor in a TV Series, Musical or Comedy

Best Actress in a TV Series, Musical or Comedy

Best Actor in a Mini-series or TV Movie

Best Actress in a Mini-series or TV Movie

Best Supporting Actor in a Series, Mini-Series or TV Movie

Best Supporting Actress in a Series, Mini-Series or TV Movie