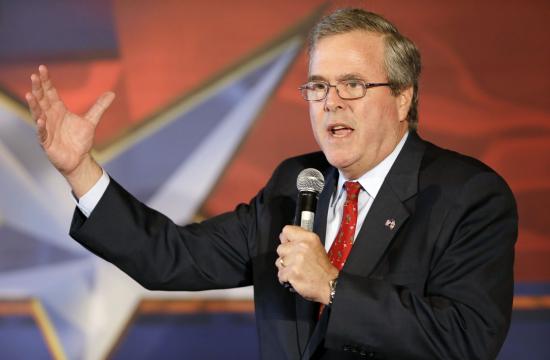 Potential Republican presidential candidate Jeb Bush will be in Southern California this week to raise funds.

Bush, the former governor of Florida, will be attending fundraisers for both his Right to Rise leadership PAC and the Right to Rise super PAC.

On Thursday, Bush will be the featured guest at a reception in Los Angeles for his Right to Rise leadership PAC. The event’s co-host is to be Brad Freeman, a close friend and top financial backer of Bush’s brother, President George W. Bush, CNN reported. Guests will be asked to contribute up to $5,000, the annual limit they may give to the leadership PAC in a calendar year.

He will then head out to Riverside County’s Coachella Valley for two Right to Rise super PAC fundraisers, followed by an evening reception to benefit the leadership PAC.

A luncheon to benefit Bush’s Right to Rise super PAC will be held at the home of Stacey and Greg Renker, philanthropists known for their contributions to the Eisenhower Medical Center. Luncheon guests were asked to contribute $12,500 to the Bush-aligned super PAC.

An afternoon roundtable with Bush at the home of Carol Price will also benefit the Right to Rise super PAC with donations from guests of $7,500.

The Friday night reception and discussion will take place at the Eldorado Country Club in Indian Wells and be limited to 100 guests, who were asked to contribute $1,250 per individual or $2,500 per couple to Bush’s new Right to Rise PAC.

Former Missouri Sen. John Danforth, who was considered as a vice presidential running mate for President Bush and later served as his special envoy to Sudan and as U.S. Ambassador to the United Nations, will be on the honorary host committee for the evening Indian Wells fundraiser, CNN reported. In 2011, Danforth endorsed Romney.

An extension may be coming for the Ballona Creek Bike Path. Learn more in this video made possible by Santa...

May Is Grapefruit Season in California