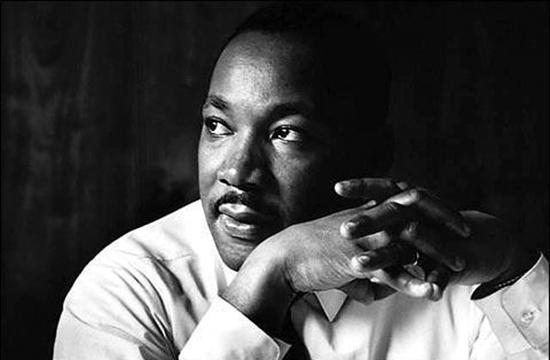 The 30th annual Kingdom Day Parade will be held today under the theme “Love & Respect: Let It Begin With Me,” and with Los Angeles City Council President Herb Wesson serving as grand marshal.

“For the past 30 years this event has been a celebration of diversity and a great symbol of unity for our entire city,” Wesson said.

Metro’s entry in the parade is a replica of the bus Rosa Parks was riding in when she was arrested for refusing to give her seat to a white rider in Montgomery, Alabama, in 1955.

The entry is intended to highlight transit’s role in the civil rights movement and mark the 60th anniversary of Parks’ arrest and subsequent bus boycott, which became a catalyst of the movement, according to a Metro official.

UCLA’s track and field team will also be among the parade’s participants.

“This day and this parade have given me the opportunity to discuss and share some of Dr. King’s messages with our student-athletes,” UCLA director of track and field Mike Maynard said.

Inglewood’s 32nd annual commemoration of King’s life and accomplishments will begin at 9 a.m. with a commemorative program at Crozier Middle School with speeches from elementary, middle and high school students and elected officials, performances by local choirs and community groups.

A symbolic civil rights march will begin at the school at 11 a.m. and head to the Forum, where the King Fest 2015 will be held with live entertainment, arts and crafts projects and food trucks.

Martin Luther King Jr. Day will also be marked in Los Angeles County by several service projects, a celebration in Santa Monica and a blood drive.

More than 1,000 volunteers are expected to paint educational murals and build school gardens at the Santee Education Complex in South Los Angeles from 9 a.m.-noon.

The fourth annual Roosevelt High School Beautification Day will be held from 9 a.m. to noon and will include a campus clean-up, mural painting and cultivating a community garden.

An effort to revitalize the Carmelitos Community Garden in Long Beach will be held from 9 a.m.-noon.

Santa Monica’s 30th annual Martin Luther King Jr. birthday celebration will begin at 9 a.m. at the Soka Gakkai International Auditorium. Its theme is “The Fierce Urgency of Now” and will include inspirational readings and music. Social activist Gabriella Rosco will be the keynote speaker.

A Community Involvement Fair will follow at the SGI Youth Center.

A blood drive will be held at Cedars-Sinai Medical Center from 8 a.m.-3 p.m.