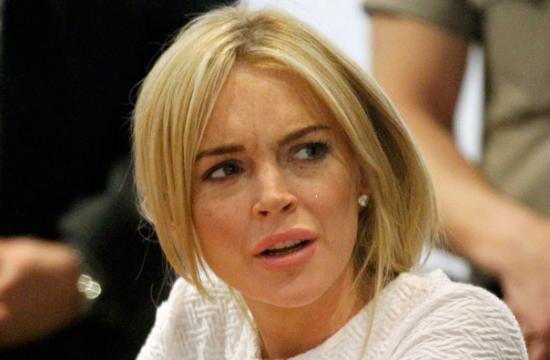 A prosecutor on Wednesday questioned the type of community service that actress Lindsay Lohan has done in London as part of her probation in connection with misdemeanor charges stemming from a 2012 wreck on Pacific Coast Highway in Santa Monica during the production of “Liz & Dick.”

Lindsey Lohan, 28, received credit for activities including a meet-and-greet with volunteers involving a play she was a part of and a “work shadowing experience” with two young people in what he called “basically hanging out with her,” Santa Monica Deputy City Attorney Terry White told Los Angeles Superior Court Judge Richard A. Stone.

Lohan’s attorney, Shawn Holley, told the judge that her client continued to perform the work despite her illness.

Holley said she was satisfied that a “true level of community service has been performed by Ms. Lohan,” despite what White had said.

The defense lawyer said she felt that the prosecutor’s concerns would be best addressed if he had contacted the director of the United Kingdom volunteer operation with which Lohan worked.

The judge — who reviewed the documentation about the community service – – told attorneys to return to court Feb. 18 for another hearing on the issue, but said Lohan would not be required to attend.

Lohan pleaded no contest in March 2013 to reckless driving and lying to police in connection with a June 8 collision in the 1100 block of Pacific Coast Highway involving a Porsche and a dump truck.

As a result of her plea, Lohan was ordered to complete 30 days of community service, spend 90 days in a locked rehabilitation facility and to undergo 18 months of psychotherapy during a two-year probationary term.

Lohan’s attorney told reporters outside court that she will ask the judge to end Lohan’s probation once all of the requirements are deemed to have been met.

The prosecutor — who had objected to Lohan being allowed to perform the community service in London where the actress now lives — said outside court that jail is an option if Lohan has not complied with her obligations.

The case marked the latest in a string of run-ins Lohan has had with the law in recent years.