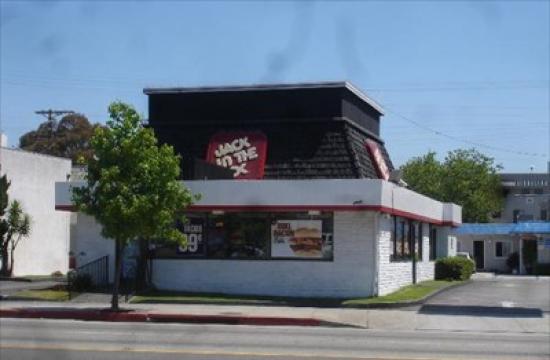 A machete wielding Santa Monica resident was arrested on Saturday, Jan. 10, after stealing a cell phone from a customer at Jack In The Box then threatening the phone’s owner with the machete.

Officers of the Santa Monica Police Department received a report of an armed robbery at 2:50 am that had taken place in and around the area of the Jack In The Box eatery, located at the intersection of Lincoln Boulevard and Santa Monica Boulevard.

Upon arrival the officers spoke with the victim who told them what had happened.

Apparently, the victim and his friend had visited the Jack In The Box and purchased some food to go.

After they had collected their food they had left the restaurant and began to walk away from the premises, they discovered that they had been given the wrong order.

They had then returned to the restaurant in order to obtain the correct order. Before speaking with the cashier, the victim had placed his cellphone on a table in the dining area.

A few moments later the victim’s friend (who was also inside the Jack-in-the-Box) witnessed a man pick up the cellphone and exit the restaurant.

The victim’s friend then told the victim what had happened and the victim had rushed outside to confront the suspected thief and had asked for the return of the cellphone.

Instead of giving the cellphone back to the victim, the suspect had taken a machete from his backpack and told the victim and his friend to back off.

The suspect then began to walk away, but the victim and his friend followed this man while they called the police.

The officers went in search of the suspect and found him a short distance away and questioned him.

He said that he had thrown the phone away so the officers searched the area and found the phone in a nearby alley.

The officers also discovered the machete nearby. This 35-year-old Santa Monica resident was arrested and charged with armed robbery.