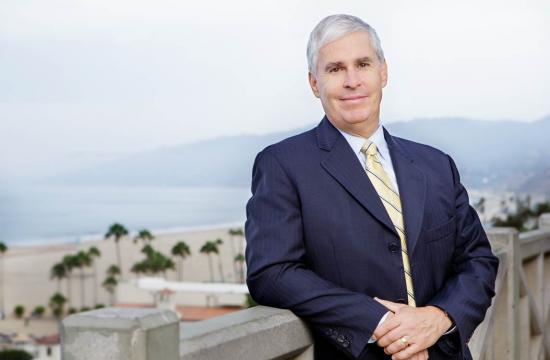 The Santa Monica Chamber of Commerce has announced three of its honorees who will be recognized during the annual State of the City breakfast later this month. The awards highlight those who have made significant contributions to the city.

This year’s event will highlight the tremendous synergy in Santa Monica between the business community and the city itself, explained Laurel Rosen, President of Santa Monica Chamber of Commerce.

“We will be honoring leaders who – much like the Chamber’s diverse membership – make a difference in a broad range of fields, from research to tourism to public service,” Rosen said. “Their commitment to excellence in their respective industries has transformed our city.”

The event will be held Tuesday, Jan. 20, from 7 am to 9:30 am at SGI Auditorium in downtown Santa Monica.

State of the City focuses on leaders in a range of business sectors whose contributions have beneficially changed the present and future of Santa Monica, according to the Chamber.

“Their commitment to excellence in their respective industries has transformed our city. We are proud to salute their achievements,” Rosen added.

In addition to the awards ceremony, the event promises to feature a panel of experts discussing the future of Santa Monica’s economy, as well as the Chamber’s first-ever award honoring a Santa Monica-based technology startup deemed to be innovative, inspiring and viable by seasoned professionals in the field.

“The annual State of the City event provides an important update by our city leaders as well as offering a robust and ambitious business discussion with some of Santa Monica’s game changing leaders,” Ladd explained. “This year the discussion will focus on the blueprint to maintain and attract new small and large commercial and innovative entities that will continue to grow economic vibrancy in Santa Monica.”

“The State of the City breakfast is an excellent means of getting the latest in what’s happening in Santa Monica, and the 2015 event is focused on ‘game changers’ – the trends, projects, and individuals who are shaping our fair city’s future,” he said.

Outgoing City Manager Gould will provide insight into the future and reflections on his tenure. Other speakers and moderators include Brad Cox of Trammell Crow Company, David Feinberg of UCLA Health System, Tony Karrer of TechEmpower, and Caroline Beteta of Visit California.

Following the awards and panel discussion, the inaugural tech startup award will be presented to one of three finalists by Len Lanzi of the Los Angeles Venture Association and Brian MacMahon of Pay It Forward Labs and Expert DOJO. The winner will receive prizes valued at more than $2,000, including exclusive membership and training opportunities, and private access to potential investors.

State of the City’s continental breakfast and networking will take place from 7 am to 8 am, Tuesday Jan. 20, followed by the State of the City Program from 8 am to 9:30 am. Tickets are $10 for students and seniors, $40 for members and $50 for non-members. For more information, visit smchamber.com/SOTC or call 310.393.9825.

What contributions do you feel that you have made to have enabled your award and recognition as a leader and innovator in our community?

The last five years have witnessed the near completion of the Expo line to Santa Monica, recovery from the Great Recession, loss of redevelopment, crime reduction, the Fire Department winning its Class 1 rating and the library achieving five star status. New parks and facilities like Tongva Park and Pico Branch Library have been built and the rise of Silicon Beach and CityNet are significant. The permit streamlining and process improvements, completion of Santa Monica Place and Civic Center Village, adoption of the LUCE, rapid expansion of bike facilities and ridership, progress toward ambitious sustainability goals and increased City support for schools; most people would view these changes as civic progress.

What do you think is important for local civic leaders to do to stay ahead of the trends and maintain active engagement to build on success or achievements?

Santa Monica leaders must resist complacency and constantly scan the horizon for opportunities and threats. The L.A. region is a very dynamic and competitive environment. Despite its numerous advantages, Santa Monica cannot afford to stand still. In fact, this city should lead through innovation, experimentation and by example. Santa Monica should be a beacon city and light the way for others.

The Santa Monica Chamber and City of Santa Monica are strong partners and must seek solutions to pressing problems like mobility, affordable housing, gentrification, generational tensions, sustainability and resiliency with a view to the middle and long term. Santa Monica must remain a complete community for all socio-economic groups with opportunities for all to succeed and thrive.

Celebrating ETC’s contributions to Santa Monica as an international tourism leader, through its hotels Shutters on the Beach and Casa del Mar.

What contributions do you feel that your company has made to have enabled your award and recognition as a leader and innovator in our community?

ETC Hotels has been operating in Santa Monica for 21-plus years, since Edward and Thomas Slatkin purchased the unfinished hotel we now all know as Shutters on the Beach. Since then they have purchased and renovated Hotel Casa Del Mar and Bayside hotels, in all contributing about 25 percent of the city’s total tourism occupancy tax base, according to recent statistics. We employ nearly 550 employees with some of the highest wages and best benefit packages in the Los Angeles market. We have also been active community participants since day one being involved in things such as children’s toy programs during the holidays, the Chrysalis foundation year-round, and are actively involved in our city’s Chamber of Commerce and Convention and Visitors Bureau.

What do you think is important for your company to do to stay ahead of the trends and maintain active engagement to build on success or achievements?

We engage with our clients and employees constantly. Often they are the ones bringing ideas to us. Between our owners, corporate office and myself we all travel and see what is out there in the world. Very little of what we do is reactionary; we are trying to find ideas that stimulate us and see how we might adapt it in a hotel environment. We rarely find these in the hotels we all stay in, but rather on the streets, in restaurants and shops.

We have one of the best Chambers I have ever worked with, and this is an amazing city. To continue to move forward I believe a mutual and thoughtful understanding and dialogue is critical. Citizens need to understand that the Chamber is made up over 1,000 businesses; most of which are small businesses and start-ups. The citizens of Santa Monica need these businesses and the Chamber acts as a voice for them. Conversely, the Chamber has to recognize the needs of this city, and ensure its continued advocacy for smart growth and work with our newly elected city council to ensure that the voices of the citizens are heard by the business community as well as the Chamber.

Honoring RAND for its groundbreaking research and thought-leadership excellence

What contributions do you feel that your company has made to have enabled your award and recognition as a leader and innovator in our community?

For more than six decades, RAND has conducted objective, nonpartisan research and analysis on the most important issues facing society. We developed some of the technological building blocks for the Internet, we helped create and sustain a strong all-volunteer military, and we have made key contributions toward understanding how to improve quality in health care, in education, and community resilience, among other contributions. Closer to home, we have helped the city of Santa Monica examine issues related to substance abuse and homelessness, and are working alongside the city to create its innovative wellness index.

What do you think is important for your company to do to stay ahead of the trends and maintain active engagement to build on success or achievements?

We are constantly working to identify emerging public policy issues and figure out how RAND can make an analytical contribution. One way we do that is by working closely with government agencies, state and local governments, foundations, and the communities they serve so that we understand future needs and challenges. And, of course, we recruit the best researchers from around the world to be part of the RAND team.

Although RAND operates in many countries, the City of Santa Monica has been our home for nearly 70 years. It’s a wonderful place to both work and live. Its vitality is important to keeping RAND ready for the future. So it’s essential that both the Chamber and the City continue to be good stewards of the cultural, intellectual, and environmental assets of our community. RAND looks forward to remaining a partner in those efforts.