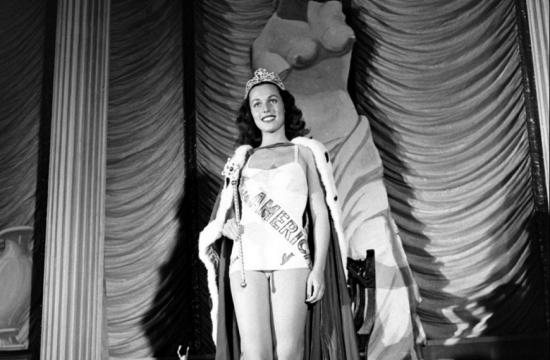 Bess Myerson, who became the first Jewish Miss America in the United States in 1944 and later ran for a Senate seat, died Dec. 14 at her home in Santa Monica at age 90, it was announced today.

“Bess was a first in many respects,” according to a statement posted by the Miss America Organization, which said Myerson “was the first Jewish American Miss America crowned Sept. 8, 1944, in Atlantic City. Bess was also the first Miss New York to be crowned Miss America.”

The cause of death was not disclosed.

By training, the Bronx-born beauty was a musician, but she also was known for fighting anti-Semitism on behalf of the Anti-Defamation League in cooperation with the NAACP and the Urban League and was a founder of the Museum of Jewish Heritage in New York.

After her Miss America win, Myerson appeared in various television ads and was a panelist on the “The Name’s the Same” and later on “I’ve Got a Secret.” In the late 1960s and early ’70s, she became politically active, first as a consumer affairs commissioner in New York City.

In July 1971, she was featured on the cover of Life magazine under the headline “A Consumer’s Best Friend.”

In the 1970s, Myerson was frequently a companion of former New York City Mayor Ed Koch and chaired his successful campaign in 1977.

While working in the Koch administration, Myerson began an affair with a married sewer contractor and was investigated in a bribery scandal that became known as the “Bess Mess.” She was acquitted, but her companion, Carl Andrew Carpasso, was later convicted of federal income tax evasion.

Myerson is survived by a daughter from the first of her two marriages.