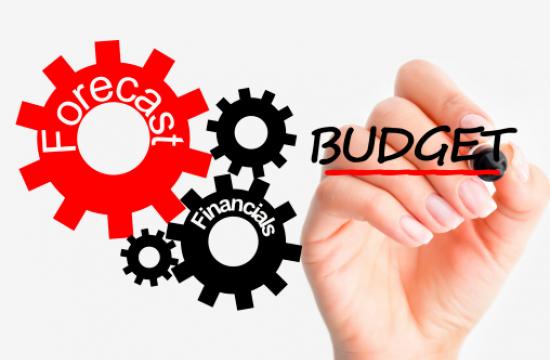 A special joint meeting of Santa Monica City Council, the Housing Authority, and the Redevelopment Successor Agency was held Tuesday night during the City Council session, with a stable “probable” economic outlook predicted.

The seven motions passed include directing City staff to proceed with developing a fiscally sustainable budget strategy (Motion one); and reviewing and commenting on community issues and resident feedback that will guide financial years 2015-17 budget development (Motion two).

According to City staff, a series of best to worst case forecast scenarios were studied, to provide a range of impacts that the General Fund may be required to withstand.

“In the probable scenario, the General Fund would see a potential deficit of $0.4 million in financial year 2017-18, the third year of the forecast, which increases to $2.9 million (0.8 percent of the total expenditure budget) in financial year 2019-20,” according to the City.

“To eliminate out-year projected deficits and also maintain a healthy level of General Fund reserves, staff is recommending a budget strategy based on a controlled spending plan. It is important that upcoming budgetary decisions be carefully considered in terms of their long-term fiscal impacts,” City staff said.

Motions three and four were moved to adopt a resolution establishing classification and salary rates for various positions; and approve certain position and classification changes.

A range of employment shifts were discussed, including Contract and As-Needed Staffing Conversions.

“Council approved staff’s recommendation to convert a number of as-needed positions to permanent staff and to bring some contracted services in-house over a two-and-a-half year period. Citywide, these changes would result in a one-time cost of approximately $500,000, with approximately $1.4 million in ongoing costs and a total of 36 new permanent positions,” according to City Staff.

The General Fund portion of these changes, included in the forecast, totals $0.4 million in one-time and $1 million in ongoing costs.

The fifth motion passed recommended adopting a resolution to establish parking rates and permit fees for all City parking facilities and resources.

Since adopting the 2013-15 budget, Staff has identified necessary administrative corrections to parking rates in the City.

Previously established rates for the Ken Edwards Center parking structure and the Main Library surface parking lot, were omitted as were free beach parking for vehicles with disabled placards. Reduced monthly parking rates for vehicles with disabled placards in Downtown parking structures for Downtown residents living in multi-family buildings with 100 percent affordable housing units when no onsite parking is available, also need to be address, according to City staff.

The resolution also proposes: fees for one-day visitor permits in preferential parking zones, both print-at-home permits and those issued within City offices; fees for half-year visitor permits in preferential parking zones; and to authorize the Chief Administrative Officer of Planning and Community Development to waive parking fees for City meetings, City co-sponsored events, and events at Santa Monica High School, subject to certain conditions, allowing for more administrative efficiency since currently such waivers may only be approved by the City Manager.

Motion six authorizes the City Manager to accept a grant award in the amount of $27,186 from the 2013 State Homeland Security Grant Program Funds for mobile training exercises for the Fire Department that support regional homeland security goals.

Motion seven authorizes the City Manager to negotiate and execute a first modification to Contract No. 9925 in the amount of $348,233 with Santa Monica Convention & Visitors Bureau, to provide a shuttle program in Downtown Santa Monica, resulting in a five-year amended contract with a new total amount not to exceed $997,428, with future year funding contingent on Council budget approval.