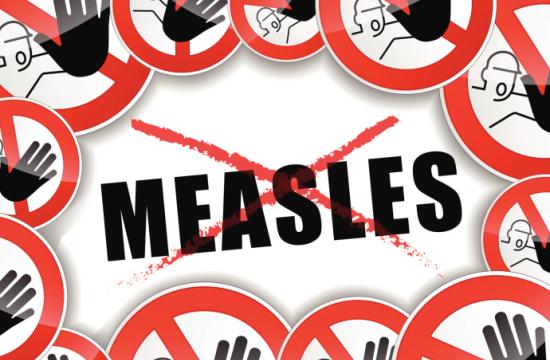 Authorities on Saturday confirmed another case of measles in Orange County, bringing the countywide total to nine.

“We anticipate more cases,” Nicole Stanfield of the Orange County Health Care Agency said Friday, when state Department of Public Health officials confirmed eight cases of measles elsewhere in the state, plus two in Utah and one in Colorado, according to Carlos Villatoro of DPH.

State Department of Public Health officials believe a person with infectious measles was likely at one of the Anaheim theme parks and spread the disease.

Eight of those afflicted with measles in Orange County said they were at one or both of the Disney parks between Dec. 15 and Dec. 20, according to the HCA.

Those infected patients went to St. Joseph Hospital, CHOC Children’s Hospital in Orange and Quest Diagnostics Laboratory, all in Orange, for treatment, raising the likelihood that many other patients and staff at those facilities were infected, the OCHCA’s Deanne Thompson said.

“This is really a good reminder for everyone to get vaccinated,” she said.

The California cases confirmed Friday range in age from 8 months to 21 years old. Six of them were unvaccinated — two being too young, state officials said.

As of Friday, state officials had confirmed one case in Alameda, one in Los Angeles County, one in Pasadena, two in Riverside, one in San Bernardino and two in San Diego.

Other locations were people may have been exposed to the measles include Spectrum Pharmacy, 18 Endeavor, Irvine, from 2 to 3:30 p.m. Wednesday; Target store Starbucks and pharmacy at 3750 Barranca Parkway, Irvine, from 8:40 a.m. to 10 a.m. Tuesday; and the UC Irvine Ayala Science Library from 1 p.m. to 6 p.m. Sunday.

Measles generally begins with fever, cough, runny nose and red eyes. Within a few days, a red rash appears, usually on the face then spreading down to the rest of the body. Measles is an infectious, airborne disease.