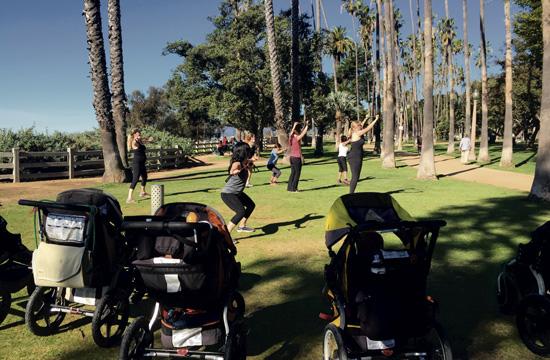 A concerted effort by Santa Monica City staff to raise fees for local outdoor fitness instructors was shut-down by City Council Tuesday, as the majority of council members agreed that such an increase was unnecessary.

While the council voted unanimously during Tuesday’s council meeting on the City’s suggested administrative changes, lengthy debate on a proposed rate hike based on revenue percentages was argued down and eventually replaced by an alternative proposal offered by Santa Monica City Manager, Rod Gould.

When provided with the fact that the 2014 Commercial Fitness or Athletic Instruction, Classes or Camps Permit Program Pilot had come in more than $30,000 over budget, Councilman Terry O’Day questioned why the fees were being discussed at all.

“To increase income,” was the reply from Karen Ginsberg, Community and Cultural Services Director.

Ginsberg then referenced an increased level of park maintenance that is projected due to City park use by outdoor trainers, prompting City Manager Gould to suggest that the park’s maintenance budget be studied over two years to see what, if any, level of increased maintenance was in fact incurred.

Outdoor fitness trainer Raisa Lilling said that the motion to delay a decision on the proposed fee increase until a full analysis of the turf wear and tear is complete, makes a lot of sense.

“In fact, the city actually raised more money with fees from this program than they had projected in 2014,” Lilling reiterated. “So I would hope that surplus could be applied towards 2015’s needs.”

The issue of damage to the base of historic trees was also on the council’s agenda, with the City suggesting that all items belonging to trainers and their clients be placed 10 feet away from the base of trees.

Discussion surrounding the fact that keeping 10 feet away from trees may not be ideal for babies in strollers was raised by the Fit4Mom operator Lilling, her business is based on parents with young children.

“It makes sense that a 10 foot perimeter around fragile trees could help improve the health of those trees… but in order to truly be effective, it needs to be applicable for all park users, not just a handful of trainers,” Lilling said.

“For the most part, the canopies of the trees in Palisades Park are wide enough to provide shade beyond the 10 feet, my only concern is that if there is not shade outside that 10 feet, the moms who take my class would still be able to keep their babies in strollers under the shade.”

Councilwoman Gleam Davis agreed, adding that she would hate to see the lack of shade act as a disincentive to those wanting to get out and exercise, especially for the elderly or those needing respite from the sun’s rays.

Aside from the debate, a motion to pass the City’s proposed administration changes was moved by Mayor Kevin McKeown, seconded by Councilwoman Pam O’Connor and passed unanimously.

The changes include: limiting the number of permits issued and hours of operation for Palisades Park; group size limitations at Virginia Avenue Park; limiting the number of approved instructors per permit; displaying of City issued signs; prohibiting instructors from reserving or holding spaces; adding volleyball to the list of sports requiring a court permit for commercial instruction; requiring groups and their belongings to maintain a clearance from tree trunks; and requiring permittees to submit usage reports.

When the permit program was developed, no limitations were set concerning the number of additional instructors that each permittee could have.

Since program implementation, the number of permittees with additional instructors has risen from nine to 14 with five permittees who have four or five instructors in addition to themselves, according to the City.

“In an effort to keep the permit program manageable and balance it with other park use, it is recommended that permittees be allowed to have a maximum of five instructors in addition to themselves,” the City recommended.

The change may also have the follow-on effect of increasing income to the City as more trainers will be required to have their own license instead of working under someone else’s permit, council members agreed.

• Do you have a story idea or news tip? Contact Jennifer Eden by email at Jennifer@smmirror.com.