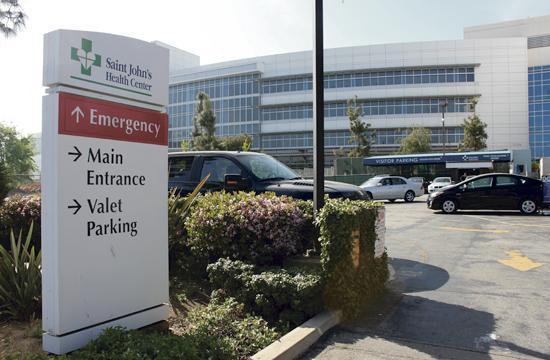 Healthgrades, a top consumer ratings company, awarded this distinction to hospitals that rank among the top 5 percent of more than 4,500 hospitals evaluated nationwide for outstanding clinical performance on at least 21 of 32 of the most common diagnoses and procedures. The results mean better outcomes for seriously ill patients.

For the second year in a row, Providence Health & Services, Southern California, is the only health care system in California to have all its eligible hospitals receive this national recognition.

Including Providence Saint John’s, the five were among the 261 medical centers in the U.S. recognized with this prestigious award.

“Health care has seen monumental changes in recent years and Providence is very fortunate to have physicians, nurses and other caregivers who have risen to the challenge of continuously providing the quality, compassionate and innovative care that is our tradition,” said Karl Carrier, interim chief executive, Providence Health & Services, Southern California. “We are proud to be recognized by Healthgrades for our successes and honored to be named among the nation’s best.”

From 2011 through 2013, Healthgrades Distinguished Hospitals for Clinical Excellence, as a group, had a 27.7 percent lower risk adjusted mortality rate across 19 procedures and conditions where in-hospital mortality was the clinical outcome, compared to all other hospitals.

During this same period, if all other hospitals performed at the level of Distinguished Hospitals for Clinical Excellence across these 19 procedures and conditions, 163,488 lives potentially could have been saved. For example, patients treated at a hospital that achieved the Distinguished Hospital for Clinical Excellence Award had, on average, a 26.6 percent lower risk of dying from a stroke than if treated at a hospital that did not receive the award.

“Consumers today are assuming more and more responsibility for health care decisions and are increasingly relying on objective measures of quality to inform their selection of hospitals and physicians,” said Evan Marks, Healthgrades’ chief strategy officer. “It is important for consumers to understand the variability in the nation’s hospitals so that they can make more informed choices. By selecting hospitals that have achieved the Healthgrades Distinguished Hospital Award for Clinical Excellence, consumers can be confident that these hospitals have demonstrated a long-standing commitment to exceptional clinical quality care.”

Variation in hospitals’ performances exist locally as well as nationally. For example, of the 76 hospitals evaluated in the Los Angeles metropolitan area for treatment of sepsis, risk-adjusted in-hospital mortality rates ranged from 5.2 percent on the low end to 42.5 percent on the high end, more than an eight-fold difference in mortality rates.

In October, Healthgrades recognized all six Providence Health & Services, Southern California, medical centers for excellent clinical outcomes. Providence medical centers received a total of nearly 100 awards in a variety of specialties including critical care, pulmonology, cardiology, gastroenterology, neurology and orthopedics. (Providence Little Company of Mary Medical Center San Pedro was not eligible for the Distinguished Hospital Award because it did not perform enough of the required procedures.)