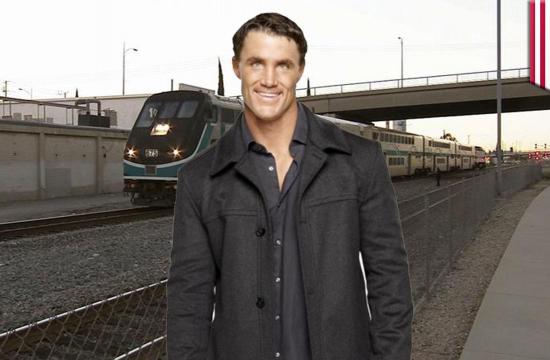 A public memorial service will be held today for actor and fitness guru George Gregory Plitt Jr., who was struck by a Metrolink train in Burbank while filming near the tracks on Jan. 17.

The service for Plitt, 37, will be held at 2 p.m. Saturday at The Church of the Good Shepherd, 505 N. Bedford Drive, in Beverly Hills, according to Plitt’s website. Another service will be held next week in his hometown of Baltimore.

“We are devastated over the loss of our son,” Plitt’s family posted on the website. “Your messages have uplifted us and give us strength. We thank you for that. Greg’s soul is now with our heavenly Father. May his spirit live on through his website and through each of you.”

Plitt is believed to have been running in front of the oncoming train at 4 p.m. last Saturday when he was struck.

Friends said Plitt was filming an action sequence when he was killed. Some reports indicated he was filming a commercial for an energy drink. Metrolink officials said Plitt did not have permits to film alongside the tracks.

The Burbank actor and fitness expert was a former Army Ranger and Calvin Klein model, who had been featured in a Bravo TV series titled “Work Out” and on the daytime soap opera “Days of Our Lives.” He appeared in films including “Terminator Salvation,” “Grudge Match” and “The Watchmen.”