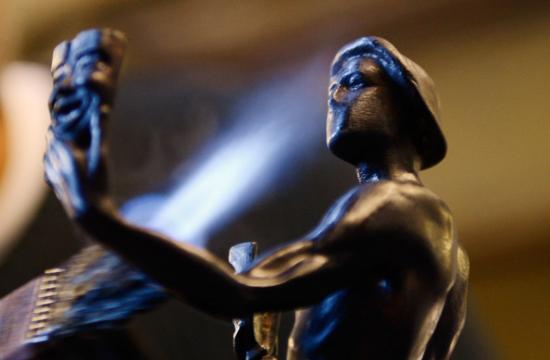 The Actor statuettes, the bronze trophies presented to the winners of the Screen Actors Guild Awards, were cast Tuesday at a Burbank foundry in an annual ritual ahead of the guild’s ceremony.

The statuettes, each weighing 12 pounds and standing 16 inches tall, with a green-blue patina finish and mounted on a black-granite base, are individually numbered. Since the first one was presented in 1995, a total of 872 statuettes have been awarded.

Sculpted by Edward Saenz and designed by Jim Heimann and Jim Barrett, the statuettes are produced at the American Fine Arts Foundry in Burbank.

It’s still unclear exactly how many of the statuettes will be presented during the 21st annual SAG Awards Ceremony on Jan. 25. The number can vary based on categories that include multiple recipients — outstanding cast in a motion picture, ensemble in a drama series and ensemble in a comedy series.

If too many statuettes are created, the extra ones are kept in a vault for use next year, according to SAG.