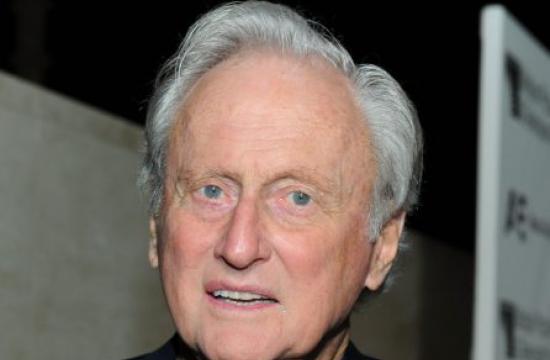 Samuel Goldwyn Jr., a veteran film producer and the son of one of Hollywood’s pioneering movie moguls, has died of congestive heart failure at age 88, according to media reports.

The producer of such films as “Mystic Pizza,” “The Preacher’s Wife,” “Wild at Heart” and the 2013 version of “The Secret Life of Walter Mitty” starring Ben Stiller died Friday at Cedars-Sinai Medical Center his son, John, told the New York Times.

Goldwyn’s father, Academy Award-winning producer Samuel Goldwyn Sr., was one of Hollywood’s pioneering independent producers whose name is linked to Metro Goldwyn Mayer even though he never worked at the legendary company known today as MGM Studios. His mother was an actress, Frances Howard.

But the son forged his own path as the founder of the Samuel Goldwyn Company and later Samuel Goldwyn Films, and as a champion of independent filmmakers and films about serious subjects often overlooked by the major Hollywood studios.

He produced one the the first major films about AIDS, “Longtime Companion” in 1989 and one of two-time Academy Award winner Ang Lee’s early films, 1993s “The Wedding Banquet,” among others. Goldwyn won an Emmy Award for producing the 60th Academy Awards in 1988 and his 2003 film “Master and Commander: The Far Side of the World” starring Russell Crowe was nominated for 10 Academy Awards including Best Picture.

In the 1990s, he owned the Landmark theater chain and was a major contributor to the Motion Picture and Television Fund, which provides health care and other services to workers in the entertainment industry.

Industry observers said his work as an independent producer paved the way for such companies as Fox Searchlight and the Weinstein Company.

“Sam is very old school,” TriStar chairman Thomas E. Rothman told the New York Times in 2004. “He doesn’t trade on his father’s name. He comes from an era when producers made genuine aesthetic judgments and not just deals.”

In that same 2004 profile, Goldwyn talked about his decision to leave Hollywood as a teenager and attend prep school in Colorado and later the University of Virginia, followed by stints in the U.S. Army, as a theatrical producer in London and working for Edward R. Murrow at CBS in New York

“I left home at 15 because Hollywood isn’t the best place to grow up,” he told the New York Times. But he eventually returned, followed in his father’s footsteps and wound up living in the Hollywood Hills home owned by his parents. “Like my father, I like putting something together,” he told the Times.

The elder Goldwyn produced such classic films as “Wuthering Heights,” “Porgy and Bess” and “The Little Foxes,” and won the Academy Award for the 1946 film “The Best Years of Our Lives.” One of his early companies, Goldwyn Productions, was part of the merger that resulted in MGM although he chose to remain an independent producer, as his son would do decades later.

“Many children born into Hollywood find themselves overwhelmed by the legacy of their parents,” Indiewire writer Shipra Gupta wrote today in her remembrance. “But not Samuel Goldwyn Jr. He didn’t just own it, but rather, he added to it as he continued to produce and distribute films over the course of four decades.”

He was married three times and is survived by his third wife, Patricia Strawn; four sons, including “Scandal” co-star Tony Goldwyn; two daughters; and 10 grandchildren.