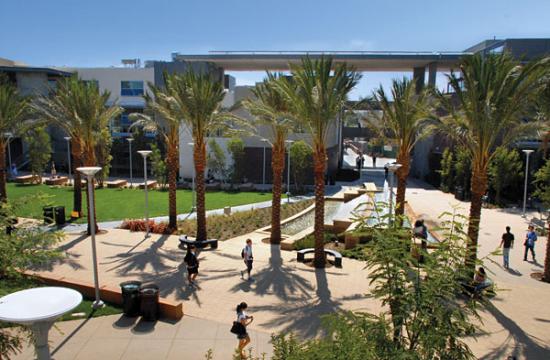 Santa Monica College was given initial approval on Tuesday by the California Community Colleges Board of Governors to develop a Bachelor’s degree in Interaction Design.

Out of 34 applicants from the 112 community college system, 15 were selected to offer baccalaureate degrees in fields of high workforce demand as part of a pilot program approved by the Legislature and Governor Jerry Brown last year.

“These colleges are embarking on a new mission for the California Community Colleges that will expand opportunities in public higher education,” said California Community Colleges Chancellor Brice W. Harris, in a press release. “Students will have a range of programs from which to choose to earn high quality, affordable and in-demand degrees.  California employers win too, as they will have improved access to highly qualified candidates in these fields.”

SMC’s proposal, submitted last year, was developed in response to the needs of Los Angeles’s tech industry – especially that of Silicon Beach, in the city’s Westside region, which is home to over 500 tech start-ups and where the College is located.

The proposal received support from the Santa Monica City Council, which passed a resolution in a meeting last Tuesday to back SMC’s bachelor’s degree plan.

Over 100 letters of support poured in to affirm the need for the degree proposed by SMC from local tech companies including giants like Microsoft, Warner Brothers, Disney, Fox TV, Sony Pictures Entertainment, and Amazon Web Services.

“We are thrilled to be chosen to be part of this game-changing pilot program – Santa Monica College has always prided itself on its long-range vision,” said SMC President Dr. Chui L. Tsang. “This comes at a time of great need – Los Angeles’s red hot tech industry is painfully short on this talent and we are poised to provide that, grow our economy, and at the same time, equip our students with high demand skills. For many of them, this will be a ticket to a better life.”

The programs selected will undergo additional review by the California Community Colleges Chancellor’s Office as well as further consultation with the California State University and University of California before final approval is considered by the Board of Governors at its March meeting.

Only two private universities in California offer a bachelor’s level degree in this new field of interaction design, also referred to as “user experience design.”

Under the law, the four-year degree programs must be up and running by at least the 2017-18 academic year. However, districts may start their programs by the fall 2015 semester.

Districts must also seek approval from the Accrediting Commission for Community and Junior Colleges to start a program.

The legislation sunsets after the 2022-23 school year, after which the Legislature and governor may renew it pending two Legislative Analyst’s Office reviews of the pilot program – one in 2018 and another in 2022.