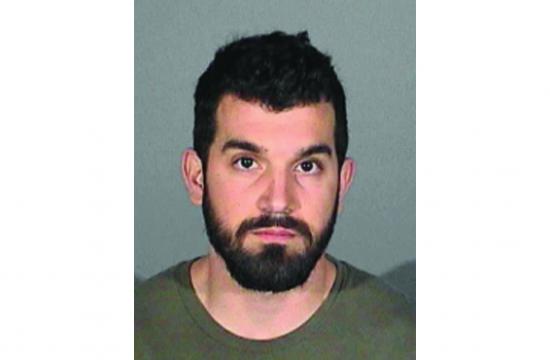 Nearly a year after a fatal hit-and-run near the entrance to the Santa Monica Pier, Santa Monica police have arrested the man believed to be responsible for the crime.

It was 1 am on Saturday, March 22, 2014, when a motorist driving an Infiniti G35 struck two female pedestrians in the 1600 block of Ocean Avenue (at the intersection of Colorado).

SMPD Sgt. Rudy Camarena said the vehicle involved in the collision fled the scene; one of the females later succumbed to her injuries.

“Santa Monica Police Department Traffic Investigators developed leads from traces of evidence left at the scene,” Camarena said. “A follow up investigation led to the suspect’s identity. The suspect had tampered with evidence within the vehicle by attempting to destroy and dispose of it.”

Camarena said Santa Monica detectives presented the findings of their investigation to the Los Angeles County District Attorney’s Office for review on Jan. 16, 2015.

Following the filing of the criminal complaint, Camarena said an arrest warrant was issued for the suspect – Sherman Oaks resident Eugene Morris Cohen.

“Cohen was arrested and transported to the Santa Monica jail where he was booked on charges of vehicular manslaughter and felony hit-and-run,” Camerena said.

Anyone with additional information is asked to contact Traffic Investigator Jason Olson of the Santa Monica Police Department’s Traffic Division at 310.458.8954, or via email at jason.olson@smgov.net.