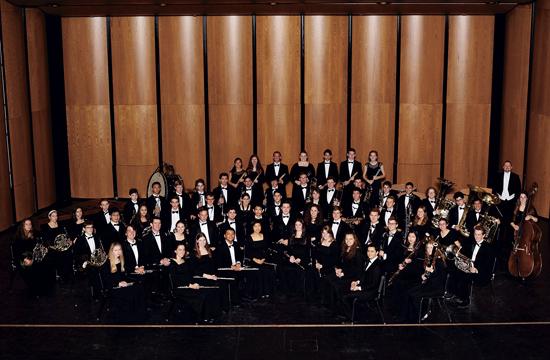 Celebrating the 100th year of the Santa Monica High School Band Program, the Samohi Wind Ensemble will present the third annual “Bands at the Broad” benefit concert and silent auction this Tuesday, Feb. 3.

This year’s benefit concert will help support the students’ fundraising needs towards their April invitation to perform in the “New York Sounds of Spring,” held at historic Carnegie Hall in New York.

The Samohi Wind Ensemble is regarded as one of the best high school groups on the west coast, and benefits from a strong commitment to music education from the school district and local community.

Students from the band program have represented the school in honor groups at the state and national level, and have seen student musicians continue their musical endeavors in major universities and conservatories across the nation.

The band program currently serves more than 300 students who participate in one of four concert bands, two jazz bands, and the Samohi “Viking” Marching Band.

Joining the high school ensemble is the UCLA Wind Ensemble under the direction of Dr. Travis Cross.

Mr. Sachs, an alumnus from both Santa Monica High School and UCLA, joined The Cleveland Orchestra as Principal Trumpet in 1988.

Praised by critics for his “spectacular chops,” and “radiant tone,” he is recognized internationally as a leading soloist, recitalist, chamber musician, teacher, author, and clinician.

Highlights include the 1996 world premiere of John Williams’ “Concerto for Trumpet,” commissioned by The Cleveland Orchestra for Mr. Sachs, with Music Director Christoph von Dohnanyi conducting, the United States and New York premieres of Hans Werner Henze’s Requiem in Carnegie Hall in 2000.

Along with his active performance schedule, Mr. Sachs serves as Chairman of the Brass Division and Head of the Trumpet Department at the Cleveland Institute of Music.

Tickets may be purchased in advance at www.samohiband.org or at the door ($25 for adults, and $15 for students). Parking is free, and early arrival is recommended.

The Eli and Edythe Broad Stage is located on the corner of 11th Street and Santa Monica Boulevard.