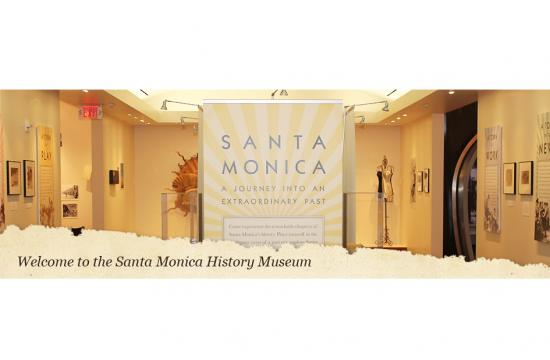 The Santa Monica History Museum’s Board of Directors has elected a new chairman: Ricardo Bandini Johnson. Johnson’s family has lived in California since 1810. His great-Aunt, Arcadia Bandini de Baker, was the wife of Colonel Robert S. Baker – the man who established Santa Monica in 1875.

Johnson is the President of the Bandini Foundation, a non-profit organization that runs the Heroes Golf Course and Japanese Gardens at the West Los Angeles Greater VA Healthcare Center for the past 3.5 years with 90 percent of their employees being veterans.

Johnson has been associated with the museum from its beginnings, according to Santa Monica History Museum president Louise Gabriel.

“He is the curator of the museum’s John P. Jones and Bandini Collections with over 50,00 photographs and records which he helped catalogue from 2004 to 2009,” Gabriel said.

Three other professionals have also been added to the board: Jeffrey H. Haskett, Dr. Michelle Chrisie, and Annette Doss.

Haskett is active in the local community, volunteering in youth sports programs and assisting local charities.

Dr. Christie, Ed. D., is the Founder and Executive Director of No Limits For Deaf Children. She earned a master degree in education, with distinguished honors from USC-John Tracy Clinic Program. She has been featured on OPRAH, The Learning Channel, NBC, CNN, PBS and numerous local news station throughout the nation.

Doss, MLIS, is an Arts and Information professional with extensive experience in museum, archives and libraries. She began her career at the Santa Monica Museum of Art before working at the Getty Research Institute. Most recently, she worked as a consultant at the Broad Art Foundation. Currently, she is the head cataloger at UCLA Film and Television Archive. Her education and museum experience have fueled her passion to preserve cultural history. She is an active member of the Society of California Archivist.