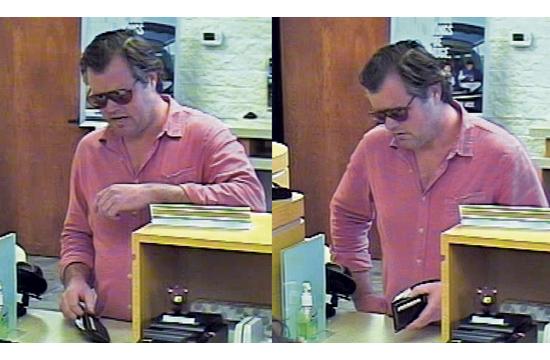 Just a few days after the FBI asked for the public’s help locating a bank robber known as the “Rolled Sleeves Bandit” — whose seven bank robberies included two in Santa Monica — authorities have confirmed they have a suspect in federal custody in Los Angeles.

Damian Loren Newhart, 38, of Newport Beach, was arrested following a tip Thursday from someone who saw one of many published reports about the search for the Rolled Sleeves Bandit and recognized the suspect.

Newhart is only accused of robbing a Citibank branch at 1505 Montana Ave., Santa Monica, on Jan. 14, according to an FBI criminal complaint.

However, he is suspected of robbing a OneWest branch at 1630 Montana Ave., Santa Monica, on Jan. 26, of about $1,310, plus five other bank robberies in Los Angeles and Orange County that date back to November 2014.

In the Montana Avenue robbery, Newhart told a teller in the morning stickup that his girlfriend had a business account and wanted to know more about cashier’s checks and money orders, according to the FBI complaint.

Then the Rolled Sleeves Bandit put a piece of paper on the counter that threatened he had a gun and that he wanted 20s, 50s, and 100s in the next 30 seconds, the FBI alleged.

The teller handed over $3,880 before activating an alarm as the robber fled with the loot, according to the FBI.

Santa Monica police conducting surveillance at a Newhart Dental Center at 3516 W. Imperial Highway in Inglewood, saw the suspect and arrested him about 4:45 p.m. Thursday.