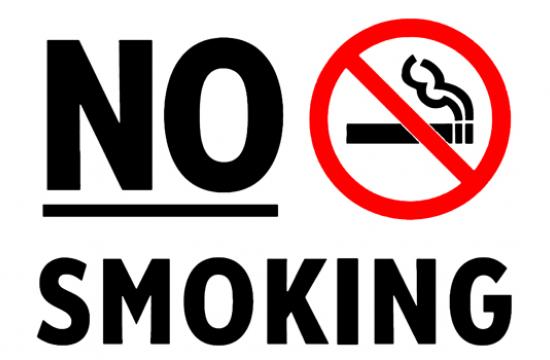 Santa Monica has received the highest grade in the state with an overall tobacco control grade of an A, according to findings of the American Lung Association State of Tobacco Control 2015 report released today.

However, the report finds that progress in the fight against tobacco use is at a standstill in California and in most cities in Los Angeles as advances in statewide and local tobacco control policies have stagnated.

The State of Tobacco Control 2015 report tracks yearly progress on key tobacco control policies at the federal and state levels, assigning grades based on whether laws are adequately protecting citizens from the enormous toll tobacco use takes on lives and the economy.

In conjunction with the national report, the American Lung Association in California released its State of Tobacco Control 2015 – California Local Grades report, which issues grades for all 482 cities and 58 counties in California on local tobacco control policies. To view the complete California report, visit www.lung.org/california

Los Angeles and Long Beach, the two most populous cities in the region, received an overall C grade for their tobacco control efforts.

Grades were mixed throughout highlighting the need for local officials to better protect residents from tobacco-related death and disease.

“Despite improvements, more still needs to be done in Los Angeles to better protect residents from the harmful effects of smoking,” says Daniel Oh, MD, Keck Medical Center of USC and Chair, American Lung Association in California – Los Angeles Leadership Board. “We have a lot of work to do to safeguard public health from tobacco-related illnesses. Tobacco use continues to be the leading cause of preventable death and illness in the U.S., and we must take the necessary steps to ensure a tobacco-free environment for our community.”

Once a proactive leader in tobacco control efforts, California now falls behind in protecting residents from tobacco.

This year’s report shows that while California earned a B for its smokefree air policies, the state received an F for its low tobacco taxes, an F for failing to sufficiently fund tobacco prevention and control programs, and a D for poor coverage of smoking cessation and treatment services.

In 2014, the Lung Association and its partners called for immediate action on tobacco use by all levels of government to achieve three bold goals: reduce smoking rates currently at about 18 percent to less than 10 percent by 2024; protect all Americans from secondhand smoke by 2019 and; ultimately eliminate the death and disease caused by tobacco use.

“The American Lung Association is urging the federal, states, and local governments to take needed steps to achieve these bold goals,” says Olivia J. Gertz, President and CEO, American Lung Association in California. “It’s no secret that to reduce tobacco use in the United States, our leaders need to muster the political will to implement proven policies. We cannot afford the health or financial consequences of their continued failure to act.”

California’s weakened position on tobacco prevention is due to the fact that the state has not increased its tobacco tax since 1999 and now ranks 33rd in the country at 87 cents per pack, far behind states like New York, Illinois, Texas, Florida, Oregon and Washington.

“Increasing the tobacco tax has been proven to reduce tobacco use,” says Gertz. “This is why the American Lung Association in California is standing with Save Lives California, a broad coalition dedicated to passing a lifesaving $2 per pack tobacco tax – either through the legislature or by ballot measure – by the end of 2016.  By passing this measure, we will not only save the lives of about 100,000 people, we also will save taxpayers billions in health care costs.”

Tobacco-related deaths are the single, most preventable cause of death in California. More than 21,300 kids start smoking each year in the state, and tobacco costs California $18 billion – a tremendous burden that the state cannot afford.

Save Lives California will generate revenue to expand treatment services for Medi-Cal patients with tobacco-related and other illnesses, support existing statewide programs to prevent youth from using tobacco, stop illegal sales of tobacco, increase funding for medical research into new treatments and cures for deadly diseases such as cancer and lung disease, and restore California’s leadership in tobacco control efforts.

In 2014, the federal government took small steps to protect citizens from the harmful effects of tobacco, but still fell short in important areas such as tobacco taxes and finalizing its regulatory authority over all tobacco products. In April, the Food and Drug Administration (FDA) proposed to assert authority over all tobacco products including e-cigarettes, little cigars and other tobacco products.  The American Lung Association also expressed strong opposition to the Obama Administration’s proposal to exempt certain cigars from basic FDA oversight and that it failed to finalize the proposal by the end of 2014.

“We must increase our efforts in stopping tobacco from robbing another generation of their health,” says Gertz. “I urge everyone to join the American Lung Association in California and Save Lives California, and help us tell our leaders to take action now to save lives.”