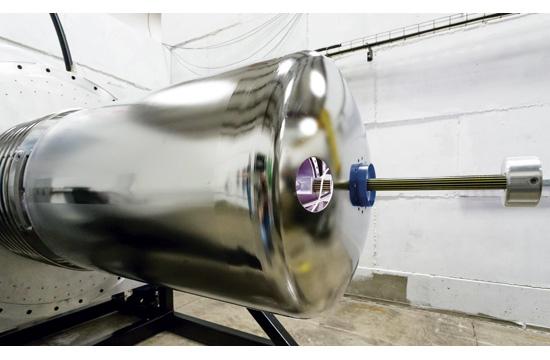 A Santa Monica group of solar energy entrepreneurial scientists is on the verge of changing solar power production on a global scale.

Rayton Solar has invented industry-leading technology that has the ability to cut solar-panel production cost by 60 percent.

“From a macro view, this technology is needed as the future’s energy source, as fossil fuels will rise in price and eventually run out. Not to mention that this technology will save our environment, bring manufacturing jobs back to the United States, and save us all money on utility bills,” the CleanTech entrepreneur explained.

The key element of Rayton’s new technology is the reduction in use, and subsequent cost, of silicon in solar panel production.

The Santa Monica lab has the ability to produce solar panels that are 60 percent cheaper than the industry standard while being 25 percent more efficient, according to the company.

“We will be using 60 to 80 times less silicon in our solar panels than the industry standard – that is where the main cost savings are,” Yakub explained.

Rayton Solar is able to use a particle accelerator to implant H+ protons four microns deep directly into the silicon ingot, they then attach the silicon to a substrate, and exfoliate the silicon.

“Overall we utilize four-micron-thick silicon with zero waste – a huge reduction in silicon usage. The small quantity of silicon used allows us to utilize higher-grade silicon currently not being used in commercial solar, Float Zone silicon. This allows our panels to be 24 percent efficient which is 25 percent more efficient than the market,” Yakub said.

“If fully scaled, our technology can shift the world’s energy portfolio far more towards solar. This could adjust the power of oil rich governments, and a lot more,” he added.

Today, solar panels are a $10 billion-dollar-plus industry, with the diamond-wire,

silicon-cutting portion of the manufacturing process virtually the same from all producers, according to Rayton Solar.

“It’s all about a cost to watt ratio, a combination of solar panel efficiency and price,” Yakub said. “We dominate on both the major selling points.”

The idea of revolutionizing solar energy came to Yakub after he read about the potential usage of particle accelerators in solar. A physics major at UCLA and working for the UCLA Particle Beam Lab utilizing particle accelerators, Yakub then went on to run a solar system installation business and learned the industry.

Marrying his two interests together, Yakub said that he believed that this technology could change the face of the energy field, so he made the jump and set up the Santa Monica lab.

“We hope to utilize our cost saving technology to provide the world with a needed source of renewable energy, help save the environment and money, and bring manufacturing jobs back to the United States,” Yakub explained.

“We are bringing silicon cells to silicon beach. We will be bringing high tech manufacturing jobs to the area and giving the local government tax benefits,” Yakub said.

Currently Rayton Solar is in the middle of a crowdfunding campaign to make their dream a reality.

Their next step is to fund the purchase of the essential manufacturing equipment needed to start full-scale commercial production.

To help get Rayton Solar off the ground and into production, head to their crowdfunding campaign at igg.me/at/raytonsolar. As little as $10 will make a big difference, according to the company. For more information on the lab, head to raytonsolar.com.