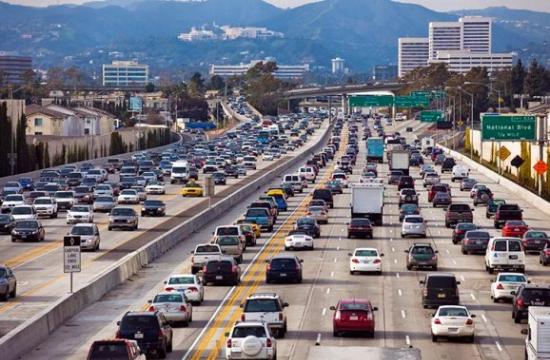 A vehicle careened up an embankment off the San Diego (405) Freeway and crashed, killing one person, authorities said today.

The victim whose identity was not immediately released, was trapped in the vehicle and died at the scene, according to the California Highway Patrol.

The accident occurred on the northbound 405 near South La Cienega Boulevard around 11:45 p.m. Monday, according to the CHP.