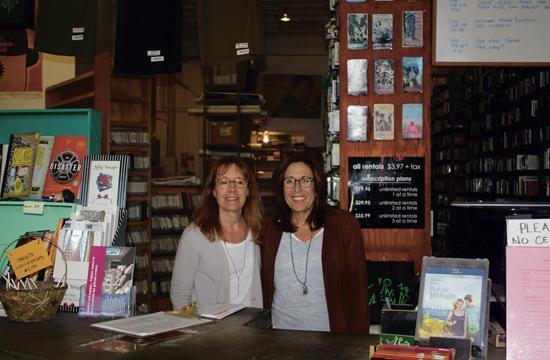 Ask and you shall receive – that’s a motto that may have just saved Santa Monica’s beloved Vidiots at 302 Pico Blvd.

On Monday, it was doom and gloom as co-owners Cathy Tauber and Patty Polinger announced to the world they were being forced to closing in April, citing severe financial hardships.

However, there seems to be a savior or two who have responded to the pair’s plea for a benefactor to help save the struggling Santa Monica landmark.

According to the Los Angeles Times, the video store is getting a donation from film producer Megan Ellison along with longtime customer Leonard M. Lipman M.D. that will keep the store open for the foreseeable future.

“This all this just happened and we are beyond thrilled,” Tauber told The Times on Friday night. “We will not be closing. We will be around for hopefully a long time.”

Tauber told The Times that Ellison — whose production company Annapurna has been behind acclaimed independent films including “Zero Dark Thirty,” “Her” and “Foxcatcher” — will play a close role with the store.

“She really wants to partner with us in making Vidiots a new, exciting, sustainable place with an independent mind-set,” Tauber told The Times.

Vidiots hit its peak in 2003 and despite diversifying, building a screening room and offering classes, the business has been in steady decline since, Polinger told The Mirror.

A combination of streaming, DVRs, and “really good TV” being made, has added to Vidiots decline, Tauber told The Mirror, explaining that these days people spend a lot of time watching TV over film.