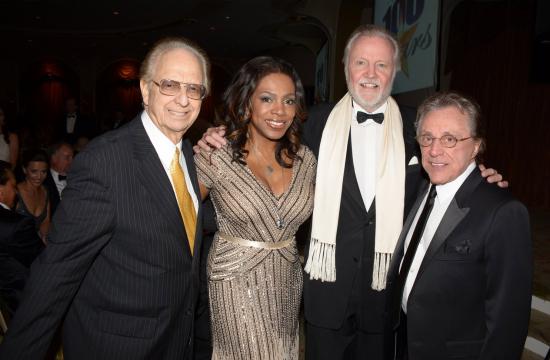 The hottest celebrity Oscars viewing party in town is set to be a bigger and better affair on Sunday, Feb. 22, with the 25th annual Night of 100 Stars changing location to the Beverly Hilton’s International Ballroom – the same venue as the Golden Globes.

The formal sit-down dinner viewing party has always included past Oscar winners and nominees who will return to pay tribute to this year’s Academy Award nominees.

When asked why Night of 100 Stars had continued to be such a success, Walters said that it’s because the theatrical community supports it.

“The actors support it and in turn so does the public,” Walters said. “Each year we have well over 100 pretty well-known actors from television and film and that always means we sell out tickets to the general public.”

This year Walters decided to move the event away from its former home at the Beverly Hills Hotel for political reasons.

“We changed the venue in support of the boycott against the Beverly Hills Hotel and its owner, the Sultan of Brunei, and the political position he’s taken which is totally against women and gay people and all kinds of things. We thought why support an operation that’s supporting his political views like that.”

Walter said he was excited for the change in venue, adding that the Hilton’s ballroom was much larger and had bigger and better screens to view the Oscars broadcast at the dinner.

“Actor-wise, we have just as many confirmed already as we had this time last year a couple of weeks before the event,” Walters said. “Right now we have 91 or 92 actors confirmed. As far as the public with the purchasing of their seats, that’s been going along also at the same rate as last year. Nothing has been lost nor gained by the change of venue.”

Walters remained tight-lipped on who was actually attending, but added: “I say take a look at the website (nightof100stars.com). I’ve got 300 to 400 celebrities listed who have attended in the past; pick out any 100 and they will be there. A lot of actors come a couple of years in a row and then I don’t see them for a couple of years, but then they come back again.”

“I think that it’s the most available game in town,” he said. “You can’t get into the Governor’s Ball (the official Oscars after-party), you can’t get into the Vanity Fair party, and Elton John’s party is $5,000 a ticket. We are the most available and truthfully we have more celebrities than what Elton John gets at his party. He usually gets 50 to 60 actors, but we always get 100 to 125. We present more stars for less money.”

He said the rest of the parties around L.A. were “lovely,” but added they don’t have the power and excitement of Night of 100 Stars.

“Except for the Governor’s Ball, which is part of the Oscars itself, we are the longest running party in town,” Walters said. “We’re the grande old dame of Oscar parties.”

The Beverly Hilton Hotel and its International Ballroom is located at 9876 Wilshire Blvd., Beverly Hills.