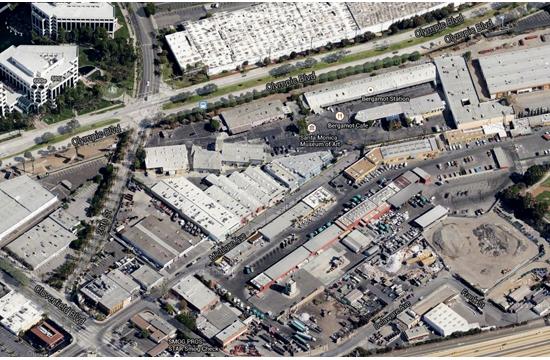 Bergamot Station Arts Center is one step closer to the planning with guidelines and an advisory committee approved by Santa Monica City Council Tuesday night.

Acknowledging City staff’s recommendations for an advisory committee of nine members and upping it by two, a comprehensive 11-person committee was approved by councilmembers, Tuesday, Feb. 10.

The city-owned portion of the Bergamot Station Arts Center is located at 2525 Michigan Avenue and consists of approximately five acres.

The decision follows the rejection by City Council on Nov. 25, 2014, of City staff’s suggestion of a five-member committee.

Council then had directed staff to develop a revised recommendation for a larger Advisory Committee that includes more representatives of Bergamot Station tenants and neighborhood organizations, as well as representatives of the non-profit and business communities, with the goal of attracting a diverse group that includes a wide variety of participants, including younger people.

The role of the advisory committee will include, “reviewing, providing feedback, and making recommendations regarding the critical work products to be prepared by the Worthe Group [project managers],” according the to City.

The advisory committee’s role will be to work with the Worthe Group to refine the conceptual plan for the site, including the evaluation and identification of an appropriate mix of uses for the site, and to review, comment upon, and make recommendations regarding the important, yet currently undefined, key deliverables for the site, according to the City.

The issues to be discussed include: parking management strategy; construction phasing of improvements; final urban design and site management strategy that complements the community and arts uses, and connections to the Expo station; infrastructure and overall site improvements; and the elements of an arts center management plan, including tenant retention and recruitment efforts, marketing, and strategies to incorporate additional cultural uses and activities.

Guidelines adopted during the council meeting for Bergamot include:

1. The project shall seek to minimize displacement and disruption to the fine art galleries and other creative businesses on the site.

2. The project shall incorporate space for additional non-profit cultural uses.

3. The project shall support the Expo Station and bus integration through amenities and services, including consideration of facilities such as public restrooms.

4. The project shall incorporate a museum or other significant cultural institution that can demonstrate the ability to finance tenant improvements and ongoing, operations while providing a cultural experience that benefits the Santa Monica community, with preference given to SMMoA.

5. The site has customarily generated $622,000 of annual ground rent. The project shall maintain and increase that ground rent amount over time in order to provide a consistent revenue source for the Big Blue Bus.

6. The project shall generate additional municipal revenues that could be used to supplement Big Blue Bus funds.

The guidelines are meant to establish the various proprietary objectives that the City expects to achieve through the revitalization of the City-owned site, according to the City.

“The above guidelines have been consistently identified and discussed throughout the planning and visioning process, as well as the developer-selection process, by Bergamot Station tenants, stakeholders in the arts community, and residents,” City staff said.

Worthe Real Estate Group was granted an exclusive negotiating agreement in September 2014 to partner with the City on the Bergamot Station Arts Center project,