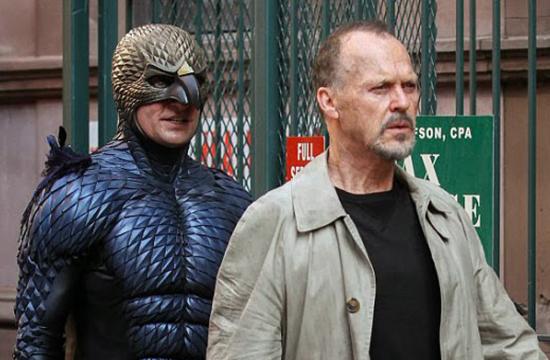 Alejandro G. Inarritu won the Directors Guild of America award for feature films Saturday night for “Birdman,” making him the favorite for the best director Oscar.

“I never expected to be here talking to you tonight,” Inarritu said on stage at the Hyatt Regency Century Plaza in Century City. “I’m openly humbled.”

Since 1948, there have only been seven times that the winner of the DGA Award for feature film directing has not gone on to win the Oscar for best director.

The most recent time was 2013 when Ben Affleck won the DGA Award for “Argo,” but wasn’t even nominated for a directing Academy Award, even though the film won the Oscar for best picture.

Each of the previous nine Directors Guild winners before Affleck won the Oscar.

All the Directors Guild nominees also are nominated for Oscars, except for Eastwood.

Linklater won the Golden Globe last month for directing “Boyhood,” the groundbreaking family drama filmed over the course of 12 years with the same cast.

Inarritu shared a Golden Globe for writing for “Birdman,” and is a Oscar nominee for the best original screenplay.

Inarritu’s win provides another boost in his quest for the best picture Oscar, which traditionally goes to the best director winner. The black comedy/drama about a faded movie star famous for his superhero role as Birdman (Michael Keaton) struggling to mount a Broadway adaptation of a Raymond Carver story won the Screen Actors Guild Award for outstanding performance by a cast in a motion picture.

Inarritu said he wore a shirt worn by Carver in the final weeks of his a life and a tie worn by legendary filmmaker Billy Wilder to the ceremony.

Women won in the television comedy, drama and made-for-television movies and miniseries categories.

“Transparent” creator Jill Soloway won for directing in a comedy.

“I just got my DGA card three weeks ago,” Soloway said in her acceptance speech. “Thank you for this welcome gift.”

Soloway dedicated the award to the transgender community.

The award was the second in as many months for the Amazon Prime series about a family coping with the discovery that their father (Jeffrey Tambor) is transgender. It also won the Golden Globe for best television comedy or musical series.

“This is an incredible honor,” Glatter said backstage. “It’s been a good night for the gals,” referring to the victories by her, Soloway and Lisa Cholodenko, who received the medallion for made-for-television movies and miniseries for the four-hour HBO miniseries “Olive Kitteridge.”

“What you see when women get up to bat, they do pretty well so that’s pretty exciting. We the women who are working have to grab the hand of the next generation.”

Burrows directed episodes of such series as “Taxi,” “Cheers,” “Friends,” “Will & Grace” and “The Big Bang Theory.” Butler directed the pilots for “Star Trek,” “Hill Street Blues,” “Moonlighting” and “Batman.”

Steven Spielberg announced that an award for best first-time feature film director will be added to next year’s ceremony.

— Lesli Linka Glatter, “Homeland,” From A to B and Back Again (Showtime)

MOVIES FOR TELEVISION AND MINI SERIES

— Jonathan Judge, “100 Things To Do Before High School,” Pilot (Nickelodeon)