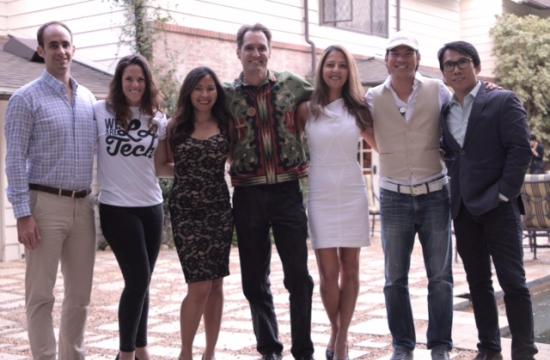 Heart Centered Technology (HCT) celebrated its first awards ceremony and new website launch in January. HCT recognizes people and organizations who lead from the heart, putting community before profits and acknowledges these leaders with its Heart Centered Tech Leadership Awards.

The goal of HCT is to recognize individuals who use technology to do social good for the world and the economy rather than just focus on bottom line results.

“We don’t have all the solutions, what we do know is that we will not be part of the problem,” Belanger said.

Belanger along with co-founder Charlie Trinh work from the idea that sustainability can be achieved by addressing six core issues within each community. The six core issues are environment, energy, education, economy, health, and agriculture. Their goal is to engage people in sharing amazing technology that helps to solve these core problems while building a stronger community.

The Heart Centered Tech Leadership Awards started as a way to acknowledge standout individuals who take part in using technology to help make this world a better place.

Award recipients Howard Leonhardt, founder of BioHeart and calstockexchange.com, and Espree Devora, CEO of We Are LA Tech, are being recognized for their social contributions and community building.

﻿After 30 days, the recipients choose who the next HCT award winners should be, making this the first peer-to-peer awards ceremony of its kind that was launched in the #LATech #SiliconBeach community.

Howard Leonhardt chose to hand his HCT Award to Brian MacMahon, founder of Pay It Forward Labs and ExpertDOJO.com.

Stay tuned this month to see who will be selected next to join the HCT Movement. HeartCenteredTECH.com posts locations of next award ceremonies and recipients every month. Sign on to receive the latest news on nominees and events.

For more information and to watch the latest videos visit HeartCenteredTECH.com.