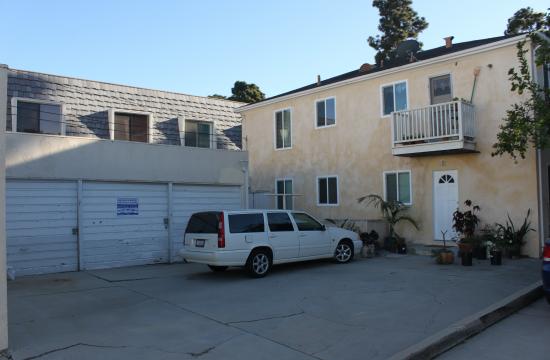 A Santa Monica landlord’s decision to take away a parking space of a disabled tenant in an attempt to force the tenant to leave her $555 a month rent-controlled apartment has led to the Santa Monica City Attorney’s office filing the first lawsuit under a new Anti-Discrimination Law.

According to the lawsuit filed today in Santa Monica Superior Court, the landlord of 1031 16th Street, Solyman Khalili, took away the parking space of a female tenant with a disability without justification, forcing her to park on the street.

With the assistance of the Consumer Protection Division, the tenant provided medical documentation showing that due to her disability, she needed a parking space close to her apartment.

The City alleges that despite the documentation and the reasonableness of the parking request, the landlord refused to restore the tenant’s parking space.

Deputy City Attorney Gary Rhoades told The Mirror the landlord took the tenant’s space away in August 2014, forcing the tenant to park on the street.

Rhoades said the tenant made it clear to the landlord at the time that she needed the parking spot as an accommodation to her disability.

“[The City Attorney’s office] stepped in and made another request on her behalf,” Rhoades said. “By January of this year, it was clear they were not going to give her the space back.”

The case against Khalili is the first one filed under a new City law that protects tenants with disabilities from housing discrimination.

The law, enacted in November 2014, requires landlords to provide to tenants reasonable accommodations based on their disabilities.

Rhoades said the City Attorney’s office tried to resolve the case without litigation.

“We help tenants and landlords resolve dozens of disability-related cases every year,” said Rhoades. “But in the rare situation where a landlord refuses to make an accommodation that’s reasonable and needed, we will turn to the courts under our new law.”

In the complaint, the tenant is listed as living in a rent-controlled unit and due to the length of her tenancy and rent control law, her monthly rent is $555, which is low in relation to comparable market rate units in the same area.

According to the complaint, the defendant asked the tenant to give up her tenancy in exchange for $5,000 in fall of 2013 as an attempt to persuade her to vacate, but the tenant rejected the offer. The tenant, who The Mirror has decided to not name for respect of privacy, has lived in her apartment since 1998.

Rhoades said once Khalili is served the lawsuit, he will have 30 days to respond.