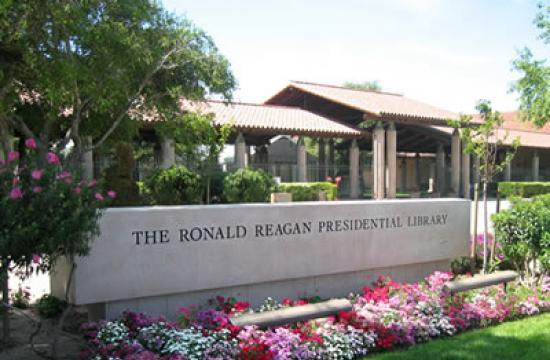 The Nixon Library in Yorba Linda will be open from 10 a.m. to 5 p.m., with the first 100 guests receiving a free slice of cherry pie.

Actors portraying the presidents depicted on Mount Rushmore — Thomas Jefferson, Abraham Lincoln, Theodore Roosevelt and George Washington — will be available for pictures throughout the day.

“The Return of George Washington: 1783-1789” chronicles the period of Washington’s life between his stepping down as commander-in-chief after leading the Continental Army to victory in the Revolutionary War and taking office as president and uncovers Washington’s vital role in shaping the Constitution.

More information on the Nixon Library is available by calling (714) 993- 5075 or online at nixonfoundation.org or nixonlibrary.gov.

The Reagan Library in Simi Valley will conduct its 23rd annual Presidents Day Celebration from 10 a.m. to 3 p.m. It will feature crafts, musical entertainment, storytelling and presidential and first lady lookalikes.

Admission is free to the celebration, with food available for purchase.

More information on the Reagan Library is available by calling (805) 522- 2977 or online at reaganfoundation.org.

The holiday was shifted from Feb. 22 to the third Monday in February 1971 under the terms of the Uniform Monday Holiday Act of 1968. Because the holiday falls between Feb. 15 and 21 it can never fall on the actual anniversary of Washington’s birth in 1732.

The term Presidents Day began being popularized in the 1980s, when retailers combined sales formerly held in conjunction with Washington and Lincoln’s birthdays.