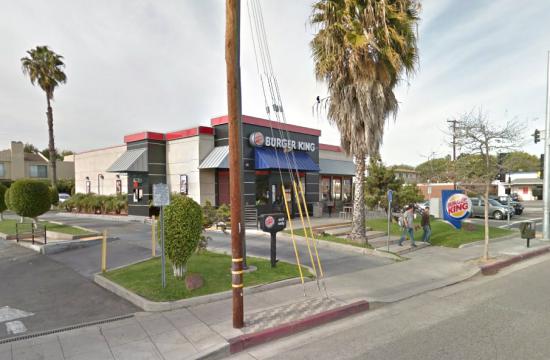 A 25-year-old Santa Monica man was arrested on Thursday, Jan. 29, after putting a six-inch hole in a dining room wall at a local Burger King restaurant.

Officers of the Santa Monica Police Department were called out to Burger King at 1919 Pico Blvd. at an unspecified time in order to investigate a report of a man who was damaging the building.

Upon arrival the officers spoke with a Burger King employee who told them the man had attacked the wall in the dining room and damaged said wall.

The officers took note of an approximately six-inch hole in the drywall and then spotted the suspect sitting near the hole with what appeared to be insulation in his hands.

The officers detained this individual while they reviewed security footage at the restaurant.

The video showed the man enter the premises and use some form of tool (the exact specifications of the tool are unknown) to cut into the dining room wall for no apparent reason.

The employee of the Burger King requested that the man be arrested and so the officers duly obliged and took this Santa Monica resident to jail where he was charged with vandalism.