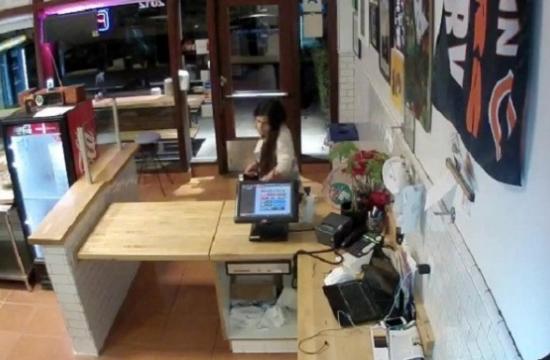 A 20-year-old woman suspected to be the Tip Jar Bandit who stole money from tip jars in Los Angeles and Beverly Hills was arrested Thursday.

Jessica Shub was arrested after she allegedly stole money from a jar on the counter of a Beverly Hills restaurant, police said.

She is a Beverly Hills resident whose Facebook page identifies her as a student at Santa Monica College.

Officers responded to the 9600 block of Brighton Way where a witness was following the suspect, according to Beverly Hills police.

“Officers arrived on scene in less than 60 seconds and detained the suspect at Brighton Way and Rodeo Drive,” according to a police statement.

“During the course of the investigation, the suspect was determined to be a theft suspect coined ‘The Tip Jar Bandit’ by the media. She is believed to be responsible for two similar tip jar thefts in Los Angeles and three additional crimes in Beverly Hills.”

Shub was booked on suspicion of commercial burglary, police said.