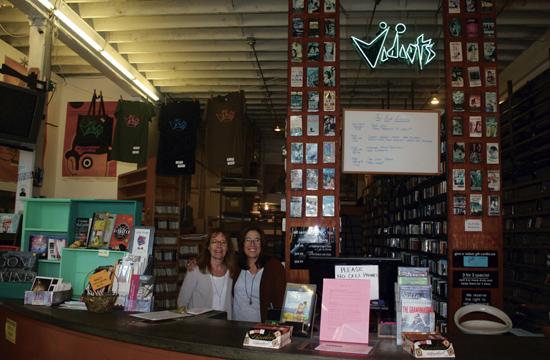 Santa Monica’s iconic Vidiots video store is excitedly looking at new cultural and community directions after being saved by investors from impending closure.

Vidiots co-owner Cathy Tauber said that she was completely overcome by the showing of community support that followed the closure announcement, including a raft of offers to help.

“I was so emotional over the response,” Tauber said. “I know people loved us but it’s an amazing feeling to know that the store has meant so much to so many people, it is really overwhelming…it’s great.”

Annapura will come onboard not only as an investor, but a partner, Tauber explained.

“We are taking lots and lots of ideas from a lot of different people,” she said, adding that there will be some exciting new changes ahead, “without changing who we are.”

While remaining tight-lipped on what’s on the horizon, Tauber hinted that a cultural-community focus will be part of Vidiot’s future.

Vidiots hit its peak in 2003 and despite diversifying, building a screening room and offering classes, the business has been in steady decline since, Polinger told The Mirror.

A combination of streaming, DVRs, and “really good TV” being made, added to Vidiots decline, Tauber said, explaining that these days people spend a lot of time watching TV over film.