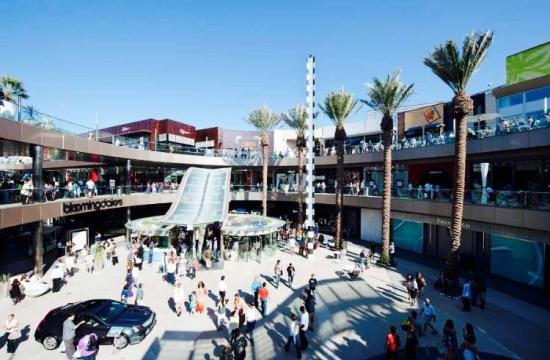 Simon Property Group has issued a proposal to acquire rival The Macerich Company for $91.00 per share in cash and stock, a hostile bid that could see the likes of Santa Monica Place and Westside Pavilion change hands.

Macerich is a Santa Monica-based company that owns 54 million square feet of real estate, primarily in 51 regional shopping centers, according to the company.

Simon Property Group (NYSE: SPG) announced Monday that it sent a letter to The Macerich Company (NYSE: MAC) confirming prior discussions regarding Simon’s proposal to acquire all of the outstanding stock of Macerich for $91.00 per share in cash and Simon shares.

Simon is a retail real estate ownership, management, and development company with retail properties and investments across North America, Europe, and Asia, according to the group.

Simon’s bid for Macerich makes sense from a geographic standpoint, as there is minimal overlap between the companies’ properties, according to Rob York, President of York Consulting Group.

“Simon has been very aggressive in acquiring other retail companies since becoming a public company and Macerich is an attractive target,” York explained, adding that there is no certainty a deal will be reached.

“Macerich has performed very well for their shareholders in recent years and they may fight to remain independent,” he said.

The total value of the proposed transaction is approximately $22.4 billion, including the assumption of Macerich’s approximately $6.4 billion of debt outstanding, inclusive of its pro rata share of mortgage debt from unconsolidated entities.

Macerich shareholders would receive consideration in the form of 50 percent cash and 50 percent Simon common stock, utilizing a fixed exchange ratio, according to Simon.

“Macerich shareholders would receive a significant current cash premium as well as the long-term upside potential of an investment in Simon, which is widely recognized for its high-quality portfolio and industry-leading operating performance,” he said.

Macerich issued a statement Monday that The Macerich Board of Directors, “will review the proposal with its financial and legal advisors. Macerich stockholders are advised to take no action at this time.”

The move had slight impact on Simon and Macerich share prices, Simon’s share price fluctuated then climbed slightly from 182.39 Monday to 183.05 on the XNYS at time of print Thursday, while Macerich hit a 92.76 high Monday before falling to 91.94.

If the move goes ahead, a larger portion of the high performing shopping centers would be controlled by one entity, which creates greater leverage with retail tenants, according to York.

“There would likely be some additional economies of scale to lower certain operating expenses, etc,” he said. “One potential risk of consolidation is that shopping environments may become more similar in terms of design and tenant mix at a time when consumers are looking for unique experiences and greater innovation is needed in the retail real estate sector.”

With the redevelopment of Santa Monica Place complete and many of the planned tenant mix upgrades already underway, the effects on the local retail environment would be subtle, York added.

For the City and the community the loss could be more substantial as Macerich is a major public company with its headquarters in Santa Monica.

“They have been a valuable community partner and individuals within the company are important civic leaders,” York said. “Overtime we would likely lose some of the high level executives based in Downtown Santa Monica and there would also likely be a negative impact on some of the local businesses that have working relationships with Macerich.”

The offer represents a 30 percent premium to Macerich’s unaffected closing stock price of $69.88 on November 18, 2014, the day before Simon disclosed its 3.6 percent investment in Macerich, equivalent to 5.71 million shares, according to Simon.

The offer is $20.00 above, or a 28 percent premium to, the $71.00 share price underlying the agreement by Macerich’s Board of Directors to issue 10.9 percent of Macerich’s shares to Ontario Teachers’ Pension Plan in exchange for certain joint venture interests in November 2014, according to Simon. To facilitate that transaction Macerich waived its excess share provision, which restricts share ownership of greater than 5 percent.