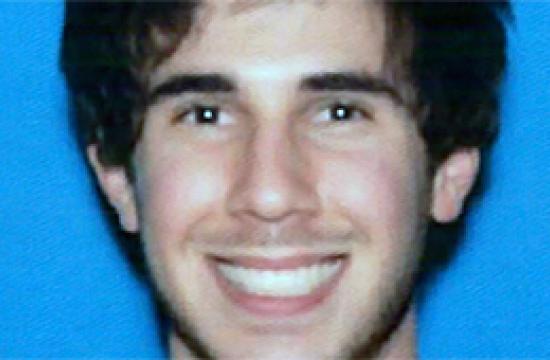 A Los Angeles woman was sentenced to three years in prison on Tuesday for a December 2013 hit-and-run crash that killed a federal judge’s son who was walking in Pacific Palisades, while her husband received a year in jail and three years probation for claiming that he was driving the vehicle.

Marguerite Dao Vuong, 67, pleaded no contest Feb. 6 to one count of leaving the scene of an accident resulting in the death of 23-year-old budding filmmaker David Pregerson.

Her husband, Michael Vuong, 67, pleaded no contest to one count of accessory to hit-and-run causing death.

Pregerson was walking in the 600 block of Chautauqua Boulevard when he was fatally struck about 3 a.m. Dec. 27, 2013, by a Volvo station wagon driven by Marguerite Vuong while she was on her way to her job as a postal worker.

Marguerite Vuong turned her vehicle around after the car struck Pregerson, saying it was clear that she drove back by his body before she went home and switched cars so she could drive to work without notifying authorities about what had happened, the prosecutor said.

The woman said she had no idea what happened to the car when she was questioned by police, Miller said.

Michael Vuong told police he had been driving the car, authorities said.

U.S. District Judge Dean Pregerson — the victim’s father — called what had happened a “horror” and said his son had been “annihilated by a three- ton vehicle.”

“You never get over the loss of a child,” he said. “Every day is just pain management.”

He questioned “what kind of person is capable of leaving a broken body on a highway,” and noted that the family and the Los Angeles City Council each offered $50,000 rewards for information leading to the driver’s arrest and conviction.

Wiping away tears, the victim’s mother, Sharon Pregerson, told the judge that she is crushed by the image of her son being left alone to die in the dark.

Speaking on behalf of the defendants, the couple’s oldest son, Andrew, who is an emergency room physician, said he wanted the victim’s family to know how deeply affected he was by what had happened. He said that his parents were not evil, but that they had made mistakes.

Another of the couple’s sons, Johnny, said the two came to the United States from war-torn Vietnam.

“They are not monsters,” he said. “Ultimately they are imperfect people.”

Marguerite Rizzo’s attorney, David Murphy, told the judge that his client “has remorse.”

The judge noted that the woman’s attorney had asked for probation for his client.

“… That would not be an appropriate sentence,” Solorzano said, noting that Marguerite Vuong “made a series of choices” that began with leaving the scene of the crash and included choosing not to tell the truth when police questioned her.

Along with imposing the state prison sentence, the judge said Marguerite Vuong’s California driver’s license will be revoked for a one-year period that will begin when she is paroled from state prison.

The judge noted that the woman’s husband was the person who is “primarily responsible for having made those arrangements” to have the car’s windshield replaced after the crash, noting that it resulted in the destruction of evidence while he was not responsible for the crash.

“There is no justification for misleading a law enforcement officer in that manner,” Solorzano said.

The two were taken into custody immediately after the hearing to begin serving their sentences.