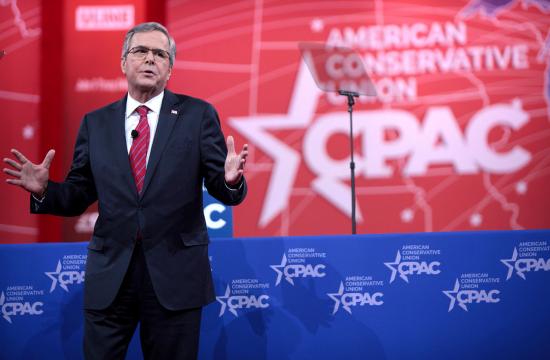 Former Florida Gov. Jeb Bush will conduct a fundraiser in Bel Air today on behalf of a super PAC benefiting his likely campaign for the Republican presidential nomination, according to a published report.

Bush will attend a reception and dinner at the Bel Air home of Robert Tuttle, an ambassador to the Court of St. James in the George W. Bush administration, with a minimum requested donation of $25,000 per couple to the Right to Rise Super PAC, The Washington Post reported.

Attendees who wish to attend the reception and dinner are asked to give $100,000 per couple, according to The Post.

There was no immediate response to an email sent to Kristy Campbell, a Bush spokeswoman, seeking confirmation of the event.

A super PAC is a political action committee that may raise and spend unlimited amounts of money, including from corporations and unions, to campaign independently for candidates for federal office. However, because Bush has not declared his candidacy, his aides believe there are few limitations on his involvement with the super PAC, The New York Times reported.

The super PAC gets its name from the right to move up the income ladder based on merit, hard work and earned success, according to the website of a regular political action committee bearing the name.