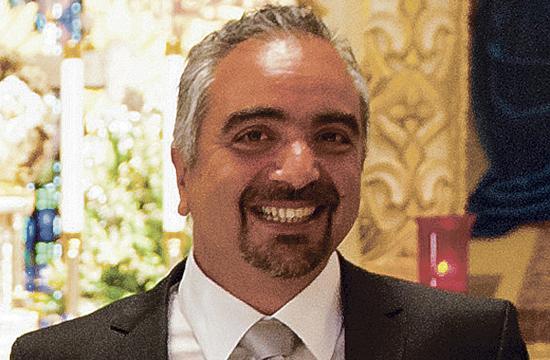 When government fails, it becomes time for individuals to act. Our local government has failed the residents of Santa Monica. The time for action is now!

The planning commission last week finalized two years of deliberations on the Zoning Ordinance Update (ZOU). The ZOU, when approved by our City Council, will codify the failed Land Use and Circulation Element (LUCE) policy document that allows for massive over-development.

In 2010, the LUCE promised to protect Santa Monica and yet we have already seen the massive developments it has incentivized and those that are in the pipeline.

The LUCE is the shaky foundation of the ZOU and they both bring massive developments and increased traffic congestion to our beach town. They are just too big, too much, and too tall and do not belong in Santa Monica.

The time for individuals to act is now!

Since 2007, the LUCE and the ZOU process have been heavily controlled and influenced by special interests. Residents have been ignored, cast aside, marginalized, and even ridiculed in the seven plus years of public input and debate that has shaped the ZOU.

The Planning Commission released the draft ZOU on Nov. 12, 2013. A “redline” edit was released in October 2014 followed by a “greenline” edit.  The final product, the “brownline” ZOU, is now being forwarded to City Council – ready to be flushed by residents. When government fails, it becomes time for individuals to ACT – the guiding principle of RESIDOCRACY.

Our City Council has scheduled just two days (April 14 and 15 at City Council Chambers) to review, opine, and make modifications to the ZOU.

In the final hours of the imminent release of an explosion of density and traffic congestion slated to affect Santa Monica for generations to come, some of our elected officials are now shifting the focus by demonizing the Planning Commission as the pro-development forces responsible for producing a ZOU catered to special interests.

Some council members have even stated that they will “fix” the ZOU on April 14 and 15 and restore residents’ faith in the process. Two days is not adequate. Two days defies common sense. Fixing a complex 500 page document, seven years in the making and tailored to special interests, in just two days of deliberations, after ignoring resident input for these seven years, is impossible and frankly offensive to Santa Monica residents.

The time for individuals to act is now.

It’s time that residents once again take control, as we did last year when Residocracy organized and vetoed the City Council approval of the massive Hines Development project through our constitutional right of referendum.

When the City Council originally approved the massive Hines Development Project, they claimed that it met the policy goals and objectives of the LUCE.  A policy document that falsely claimed to protect Santa Monica and its’ residents.

Get ready and don’t be fooled!

On April 14 and 15, in the final hours of this seven year process, the Council may throw a bone to residents as they witness a sea of residents oppose their imminent approval of the ZOU and the final codification of the failed policies of the LUCE.

Surely, in their two days of deliberations, they may remove a couple of proposed Activity Centers on Wilshire Boulevard and even slightly reduce proposed heights and densities across a portion of Wilshire Boulevard or Pico Boulevard. But these so called “fixes” and “politicking” by our elected officials, claiming to listen to residents in the final hours, just won’t cut the mustard. It will be too little, too late.

When government fails, it becomes time for individuals to act.

And Residocracy is currently in the process of doing just that. Residocracy will soon unveil a revolutionary act to take back control of our city once and for all.

Please watch for us as Residocracy prepares for the release of our revolutionary “Resident Petition to Protect Santa Monica.”

All of us – together – proved once before that the power to protect our interests lies only with us, the residents. Only residents can protect and preserve Santa Monica for ourselves, for our children, and for the future.

Government has failed and the time for individual action is now!

Are you with us? Please send comments to armen@residocracy.org.